Research Councils UK have released a statement of their position on international collaboration post the EU Referendum (6 July 2016).

The statement is a robust assertion of RCUK’s commitment to enabling and facilitating UK research collaboration across Europe and the rest of the world and its determination to work with Government to ensure that the UK is well placed to maintain its place as a leading research nation. It also states RCUK’s commitment to supporting researchers and students from EU nations currently working in the UK and its advocacy of the value of researcher mobility.

RCUK will continue to work to ensure that UK researchers have access to leading research infrastructure and facilities wherever they are located in the world and confirms that the UK’s participation in major European partnerships that are not part of EU institutions (e.g. CERN, ESO, ESA) will not be affected by the Referendum decision.

In the immediate term, whilst the UK remains a full member of the EU, RCUK encourages researchers to apply for European funding schemes as normal and asserts that the Research Councils will honour existing commitments and obligations through EU funded programmes.

The RCUK’s statement can be found in full at:

The Campaign for Science and Engineering (CaSE) and the Engineering Professors’ Council (EPC) have launched a new report today (16 December) on the role of EU membership in UK science and engineering research.

The report aims to inform the debate ahead of the UK referendum on EU membership. It contains evidence and insight gained from analysis of available data and interactions with the science and engineering community.

A pre-publication copy has been submitted to the House of Lords Science and Technology Committee Inquiry on the Relationship between EU membership and UK science. In addition to investigating the scale and scope of EU research funding, the report includes the results of a survey conducted by CaSE and the EPC to capture the views and experiences of over 400 researchers.

The Research Councils announced last week that they have become members of the Jisc UK ORCID Consortium and that JeS will be ready to start capturing ORCID identifiers (ORCID iDs) in early 2016.

This news is the culmination of several years of engagement between the Research Councils and Jisc to understand how they can improve the flow of information across the higher education sector. In a joint Research Councils UK (RCUK) and JISC report published earlier this year, ORCID iD was identified as the leading standard for a researcher identifier.

Benefits to You as a Researcher

The ORCID iD gives a unique digital identity which can be kept throughout your career, allowing you to keep an on-going record of your scholarly activities even if you change research organisation or leave academia. In the short-term, an ORCID iD should ensure correct assignment of research outputs by allowing them to be unambiguously linked to their creators. It also increases the chances that a researcher’s work is discoverable. In the longer term, it should bring about efficiency improvements by saving time and duplication in grant applications and enhanced reporting of research outputs to funders as well as improved analysis of outcomes.

Further information about the benefits of using ORCID are outlined in the RCUK blog. The announcement on the Jisc website can be found here. 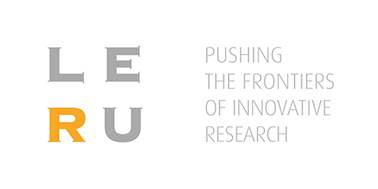 In 2014 LERU commissioned an independent consultancy firm to undertake a study to quantify the combined economic value of the LERU members and, by extrapolating its results, to present an estimation of the economic contribution of research  universities in Europe.

How is the economic contribution measured?

The report focuses on quantifying the economic value generated by LERU universities, which is calculated using two widely accepted measures of economic impact: jobs and gross value added (GVA, a measure of the economic value of goods and services produced in a given area; it is the total value of output less the value of intermediate inputs). The base year for all data is 2014.

What are the main findings?

One of the key findings of this study is that LERU universities contributed a total economic value of €71.2 billion in GVA and 900,065 jobs across Europe in 2014.

Research relevant contributions to this total include: 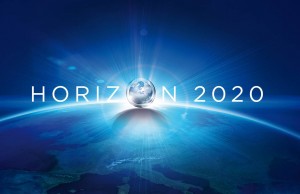 The Horizon 2020 work programme for 2016/17 will be published in the autumn (exact date as yet unknown). However early versions of the individual elements of the work programme have been released, giving an indication of call topics to expect in 2016 and  2017. It is important to stress that topics can change in the final versions, however here are the current drafts to consider for potential application:

In order to prepare for this, the EC have organised various “Information Days” for potential applicants. More dates will be released for different calls, however the currently arranged events are as follows: