eFuturesXD is a cross-disciplinary funder, offering awards to support UK academics in electronics as they initiate collaborative research across their discipline boundary. In this instance they are looking for collaborations which fall within the EPSRC ICT portfolio.

In order to be eligible, you must conform to EPSRC eligibility guidelines, and therefore must hold an academic post. The proposal must involve at least two partners from UK universities and be cross-disciplinary within ICT. At least one applicant must be from the electronics community and must be active within eFutures, having registered with the website (http://efutures.ac.uk), provided their user profile and participated in network activities as appropriate.

eFuturesXD has a total of £600,000 (100% FEC) to distribute over a three year period. They anticipate the release £100,000 (100% FEC) in each six month period of the grant although the panel are able to be flexible if required. The panel will meet every month to discuss applications and look at the overall portfolio.

Are you considering pursuing an academic career? Then don’t miss this interactive session where you can hear from and network with successful female academics. Find out what life is like as an academic, understand different perspectives on balancing life with an academic career and get tips on how to succeed as a female in academia. The event will comprise a short presentation from each speaker, a panel question and answer session and opportunities for informal discussion over drinks with the speakers.

Pre-booking is essential, as numbers are limited. To register, go to http://www.careers.ox.ac.uk/our-services/careerconnect/, search for event 3319 and click on ‘Register for Event’.  If you are research staff and do not have a Career connect account please email reception@careers.ox.ac.uk with your job title and department and they will set one up for you. 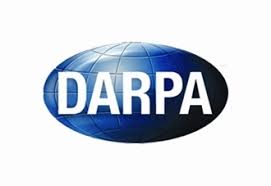 Helping bridge the communication gap between journalists and scientists.

The British Science Association is offering Media Fellowships, which aim to give scientists and their colleagues, the confidence and willingness to engage with the media and tackle issues of mistrust and misrepresentation and to give journalists access to new scientific expertise.

Up to ten Media Fellowships are awarded each year to scientists, social scientists, clinicians and engineers from different backgrounds and stages of their career. The Fellows spend three to six weeks over the summer working with a media host: national press, broadcast or internet media.

This experience allows successful applicants to gain a greater awareness and understanding of the workings of the media and produce accurate and well-informed news pieces. Media Fellows will also work in the Press Centre at the British Science Festival.

More information and how to apply can be found at this link.

This month’s Research Support Newsletter has been released and contains a round up of key items from this blog, including: