SAP, in conjunction with the Cabinet Office, is organising a Hackathon on Friday 27 November in London and are looking for two to three students from Oxford to participate.

The event is part of a Cabinet Office project looking at reducing fraud across two government departments – HMRC and DWP.  Students from across the UK with a good technical or mathematical background will participate in the hackathons. The initial event will kick off at noon on Friday and continue through the night to 2pm on Saturday.  SAP are providing accommodation in a nearby hotel. The Cabinet Office will provide the data structures for one of their repositories that holds around 8 million records.

For this exercise the students will take the data structures, gain some basic understanding of one of their systems called Hana Cloud Platform and build a concept that would enable the Cabinet Office to detect fraud more effectively using an analysis of household composition.

Winning teams will go through to a second event in February where the Cabinet Office will be asking them to build a technical demonstration.

For more information about how to participate please contact Martin Gollogly martin.gollogly@sap.com who is organising the event. 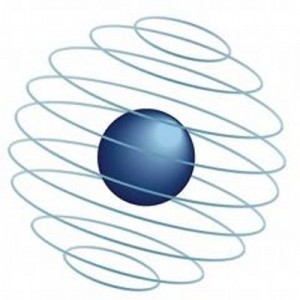 The first ever “Early-Careers Researchers Symposium for Cybersecurity Research” in Oxford will be occuring on the 30th September 2015, and will be held in the Tony Hoare Room, Robert Hooke Building. The idea is to get students and postdocs into the same room, to learn what is going on across the university and present their new ideas in front of a friendly (but well-informed) audience.  There will even be prizes and lunch on offer.

There is also opportunity to present if you would like, as the aim is to showcase as many groups and departments as possible, whilst giving you a chance to test-drive your presentations before giving them at a conference or event.

To reserve your spot or find out more, please email Katherine Fletcher
To view the full agenda – Click Here

There is both an art and underlying science to crafting stories, especially a story that can break through market clutter, build visibility and excitement, and drive market leadership.  In this session, Richard Currier will present numerous case studies, detail the science, and show how to master the art of creating great stories.

An interdisciplinary Symposium celebrating the life and legacy of Ada Lovelace, 1815-1852, will take place at Mathematics Institute, University of Oxford on 9th and 10th December 2015. Ada Lovelace is best known for a remarkable article about Charles Babbage’s unbuilt computer, the Analytical Engine, and the symposium will present Lovelace’s life and work, in the context of nineteenth century mathematics, science and culture, and present-day thinking on computing and artificial intelligence.

A reception and dinner in Balliol College on 9th December includes a  pre-dinner address by Lovelace’s descendant  the Earl of Lytton, and an after dinner speech by philanthropist Dame Stephanie Shirley.

Registration for the symposium is £40, or £90 including the symposium dinner. Some sponsored place are available. For further information and registration see https://blogs.bodleian.ox.ac.uk/adalovelace/

UK universities are world-renowned for their research excellence, attracting talent from across Europe and beyond. However what role does the EU play in supporting groundbreaking research, discoveries and inventions, and how much do our universities need EU funding and support to remain at the cutting edge?

The University of Cambridge is hosting a discussion event about this topic. The debate will focus on the EU role in supporting research, discoveries and inventions and the role of EU funding in supporting excellent research. Panellists include the Vice-Chancellor of the University of Cambridge, Professor Sir Leszek Borysiewicz, as well as local MEPs, academics and industry representatives.