The development of new drugs is an expensive and time consuming process, requiring considerable resources and the use of thousands of animals per year. The adverse effects observed in some of these drugs on clinical trials and post market safety monitoring demonstrate clear differences between animal and human physiology, suggesting that the use of more predictive human tools might be more effective than animal models for drug safety testing.

Secondary side-effects of a drug can lead to alterations in contractility, heart function and/or heart damage, and eventually to sudden death. This is one the most worrying secondary effects of drugs and the leading cause of drug withdrawal from market, both for drugs treating cardiovascular and non-heart related problems. Current withdrawals due to cardiotoxicity in human are still about 40%. 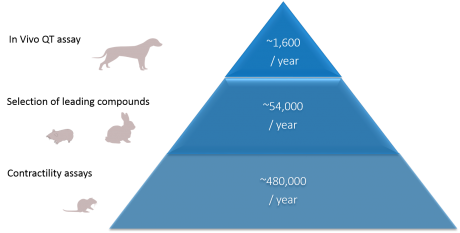 The use of animals:

Current strategies to study cardiotoxicity during the preclinical stage involve the use of a variety of animals (usually rats, mice, rabbits, guinea-pigs and dogs), exceeding more than 500,000 animals per year. 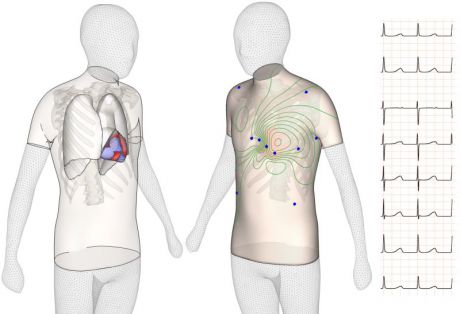 Over the last years, intensive research has been done in the development of in silico models that reproduce human electrophysiology from the cellular to the whole-organ (and body) levels.

Using a human-based in silico approach could yield reductions of up to 90% in animal usage. In silico methods are faster than animal research and can give predictive information of the outcomes of drugs on human. This would allow a human oriented pre-screening of compounds before testing on animals, refining and reducing animal usage by only testing those drugs considered safe in human. The use of human in silico models would bring additional advantages such as the reduction of patient risk during clinical trials, the reduction of failure rates in drug development, and speeding up the development of safer medicines to patients who are in urgent need of them.

The main aim of this consortium is to accelerate the uptake of human-based in silico methodologies for the evaluation of cardiac drug safety and efficacy in industrial, regulatory and clinical settings. We will work towards the refinement of human-based methodologies by compiling the existing knowledge on human and animal databases, human in silico models and expertise from all partners.

By bringing together academia, the pharmaceutical industry and regulatory agencies, this project creates the opportunity to overcome many of the time consuming and expensive challenges of cardiotoxicity research through the use of in silico methods.

Our objective is to demonstrate the power and address possible limitations of these models, to provide confidence for their approval by regulatory agencies and their uptake by institutions to firstly complement, and then gradually replace, refine and reduce the use of animals on drug research.

By bringing together this multisectorial alliance of pharmaceutical, regulatory, clinical, technological and research stakeholders, our project aims to accelerate the intake of human-based computational methodologies for an effective reduction, refinement and replacement of animal experimentation in cardiac drug safety and efficacy. 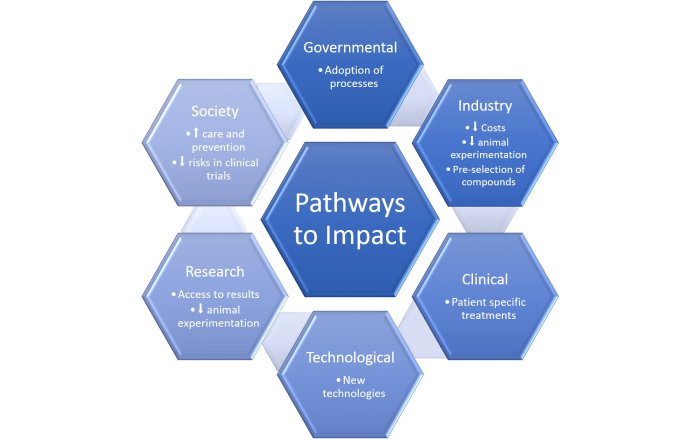