Although a work placement doesn't form part of any of the three undergraduate Computer Science degrees at Oxford, there are lots of opportunities to get real-world experience. Many of our students use the long summer vacation to do work experience or an internship, either in the UK or abroad. The Department regularly receives and shares information on opportunities available, and the University's excellent Careers Service is on hand to help students find the right placement for them. Here are some examples of what our students have been up to recently. 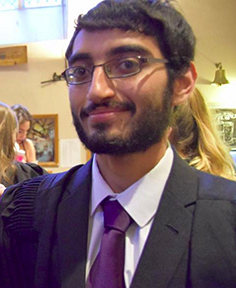 
Between the second and third year of my Computer Science degree, I interned for 9 weeks at Cisco Systems. I applied fairly late into the year (about halfway through Trinity term) but I got an offer after only two phone interviews - one with HR and one with the person who would turn out to be the manager of all the interns. All 18 of the interns were put up free of charge in an apartment complex, which I thought was pretty fancy and meant we ended up being really good friends with each other rather than just work colleagues.The work at the internship was a lot less technical than I expected. Although we did some programming, most of the internship worked on developing our research, presentation and team-working skills. At the time I thought my time would've been better spent practicing my programming for university and other internships, but now I'm really glad I did this internship. Before working at Cisco, although I could program, I didn't have many of the other necessary skills to work in industry but now I feel more than prepared. Also, even though I really enjoyed the whole internship, I realised this isn't the role for me as I want a job where I'll be programming most of the time, because that's what I enjoy. What I really did enjoy was the company atmosphere, as everyone including the more senior employees were really friendly and helpful, making it a lovely place to work. I was given a job offer after this internship but had to decline because I wasn't in my penultimate year yet. Internship at Metaswitch Networks, Coventry, July 2016 - September 2016


In third year I applied fairly early for an internship at Metaswitch Networks. The application process consisted of a few online tests and then an assessment day at the Metaswitch main office in London. Over the course of the day I did three or four written tests and had some interviews where we discussed my test answers, quite like an Oxford tutorial. I said I didn't mind which branch I was put in, so I ended up at the Coventry office.

I was put up in subsidised accommodation and was living next to the other two interns working with me. It was easy to get to know people and have fun outside of work. We were allowed to get into work any time from 8am to 9:30am as long as we stayed for 8 hours, so I chose to get in at 8am and leave at 4pm. I'd sit down at my desk at 8am and just program until lunch time, then after a 30-minute lunch break, I'd get back to work until it was time to go home. I learnt a lot over these 12 weeks as I was working most of the time, but the lack of social activities made the job less enjoyable. Again, I'm really glad I did this internship, even though I enjoyed it less than my time at Cisco. I now realise I'd like a job where there's a more social environment like at Cisco, while still doing the amount of programming I did at Metaswitch.

Overall I think I got really lucky with the internships I did, with a perfect mix of transferrable skills from Cisco and technical skills from Metaswitch. 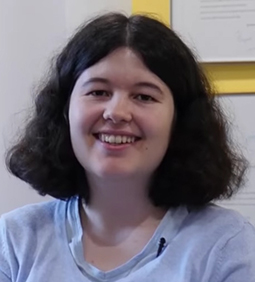 I’m a third year Computer Science student, and I have done two summer internships. This internship was advertised through the Careers Service Internship Programme, which offers opportunities exclusively to Oxford students. I was in the Operations team within IT Services, the department in charge of developing and maintaining the University’s IT infrastructure. The project I worked on was the development of a multifactor authentication service to add to the existing authentication systems for added security. This involved plenty of Python programming and a decent amount of server administration. During my time there I learnt a lot about what happens behind the scenes when that WebAuth login screen pops up, and more generally how the University’s IT systems are organised, bringing together all the different Departments and Colleges – quite impressive!

I was able to live in my College during the summer, so work was a very convenient 15 minute walk away, and I was able to enjoy Oxford without the pressure of term time.

In the summer after my second year I headed off to Cambridge (!) to work in the Development Solutions Group at ARM. I was in the Advanced Product Development team, doing some investigation on compiler feedback driven optimization. This involved running lots of benchmarks and delving into the LLVM codebase, written in C++. The Compilers course I took in my 2nd year proved very useful, and I found it really interesting to learn about the more advanced optimizations a compiler performs, a topic which wasn’t covered in the course. In addition to my project, the company put on several intern events, and I visited the Manchester office as well. I also got to experience an acquisition which made international news – a pretty eventful summer!

I stayed at Peterhouse, a Cambridge college, throughout the summer which meant I was right in the city centre. 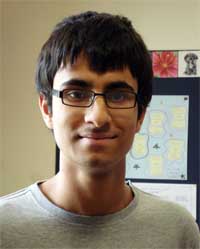 
TripAdvisor advertised their internship through the University's Career Service. When applying, I thought my chances were very limited. But three straightforward technical interviews later, I was surprised to be the only UK student offered a job. (There's over 50 interns at TripAdvisor, most of them from North America.)

Having never travelled on my own, or even visited the USA, being here is definitely an adventure. I'm writing this from MIT accommodation in central Boston where I've got easy access to the city - tomorrow's 4th July free concert and fireworks should be spectacular!

After a few days exploring and recovering from jet lag, I headed to the company HQ where I was confronted with a rather large pairs of boxes to setup: one contained a 30" monitor and the other a rather powerful PC (e.g. it has a whopping 32GB of RAM). I'm part of a small team (half a dozen experienced employees and one other intern) but each project I work on is entirely my responsibility. Projects are small, excitingly enabling a new iteration of the site's code to go live every week.

As well as being well paid (flights, visa costs and accommodation are easily covered) I'm well provided for in the office too: it's full of snacks, and there's a free lunch three days a week. Having said that, it isn't always easy to work eight hours a day, especially with a 45 minute commute each way. But I think that's the beauty of internships: not only do you gain in experience and employability, you also get to see what the realities of a particular job would be. 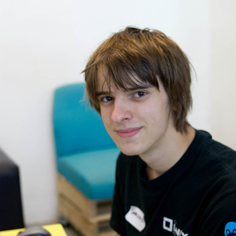 I'm a fourth year undergraduate studying Computer Science, and during my time at Oxford I've had the opportunity to do 3 separate internships. This has been a fantastic way to get industry experience, and has really helped me decide where I want to work once I graduate.

My first internship was with Fatsoma, an events ticketing company based in Manchester. I worked on Wordpress based promotional sites for clubs and venues, building the sites from designs, and also on managing the Wordpress system. I also wrote custom plugins in PHP for interaction between the sites and Fatsoma's own ticketing system, Facebook, Twitter and other social networks. For this internship I worked from home mostly, using Skype and email to communicate, and git to manage code. This also allowed me to spend 3 weeks at the Edinburgh Festival Fringe, working for Fatsoma during the day, and running lights and sound for a show in the evening.

My second internship was with Google in London. I worked on the Site Reliability Engineering team for Android and Play Services, completing a Python project to assist with planning and managing capacity for the various services the SRE team maintained. The Google offices were right in the heart of London by Victoria station - I spent 3 months living in Vauxhall, which allowed me to walk into work every day, and visit lots of London at the weekends.

My final internship was with Semmle in Oxford, a company started by one of the CS department lecturers in 2006, who do analysis of source code to improve code quality and correctness. I worked on a Python-based plugin for Sublime Text to display analysis result in the text editor, and also a Java-based backend for a system allowing users to interact with the analysis in a web browser. It was great living in Oxford all summer, with a 10 minute cycle ride to the office each day. 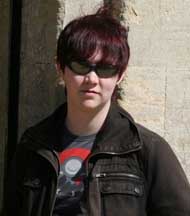 I spent eight weeks working in one of Deutsche Bank's London offices in the summer after the second year of my degree (Computer Science).

I joined an administrative team in charge of migrating parts of the business from one system of operations to another, and also had the opportunity to test out a new computer system in development by a related team.

It was a great way to experience the work environment, and definitely a good way to spend the summer. Plus I got paid for it.

In the summer after my third year, I found out about an internship as a Software Development Engineer in Test with Amazon at their London development centre, through the annual Careers Fair held at the Department. I applied - successfully - and went on to spend the summer working on automated testing for Amazon Instant Video. My project was pretty open, as I was working almost from scratch on a test framework, so I got to enjoy some creative freedom. Overall, it was a great experience - ADCL is a small centre, so I got to know my team and the other interns, and it's a lovely working environment (with jelly beans in reception, and arcade games on the top floor!). 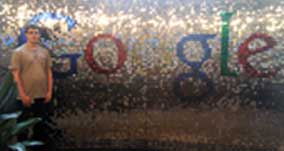 
During the summer between the third and forth year of my Computer Science degree I am doing a Software Engineering internship at Google London. I will the working with the Play team working on improving the Developer Console used by Android app developers to manage their app listings.

I had previously expressed interest in doing a scheme at Google, but did not get in. They then contacted me around November asking if I was interested in doing an internship the next summer. This was before they had officially opened applications. The process involved a few technical phone interviews, and once I got the internship, I was asked what kind of role I wanted.

Google is an awesome place to have an internship. You get to sit in on confidential meetings, enjoy three free meals a day made by professional chefs, and have a good time in general. Every Friday is TGIF (Thank Google It's Friday) where everyone finishes early to enjoy a party with free food and drink. I also have a massage booked in next Monday (first one is free, the rest are heavily subsidized).

The work (yes there is some work) is really interesting. I'm learning new things every day, and feel like I'm being treated like a full-time employee. Overall, a great experience which I would definitely recommend.