At this year's Hay Festival current members (and one alumna) of the Department of Computer Science spoke to over 1.5k people 'face to face' in a series of lectures and workshops. The sun (mostly) shone and members of the public of all ages were able to hear about the latest research in quantum computing and robot tech, have a go at a computational thinking challenge, and even build their own quantum computer! Over the space of 5 days over 35k people read about Hay on our department Facebook page. Anne-Marie Imafidon and Jamie Vicary both took part in BBC programmes and Linde Wester and Anne-Marie were also honoured to be part of the Hay festival's 30th anniversary celebrations, named as part of Hay's '30 under 30' group of academics. They were asked, 'what are your hopes for the future and what advice would you give your sixteen year old self?' see their response here:  www.hayfestival.com/hay30/ 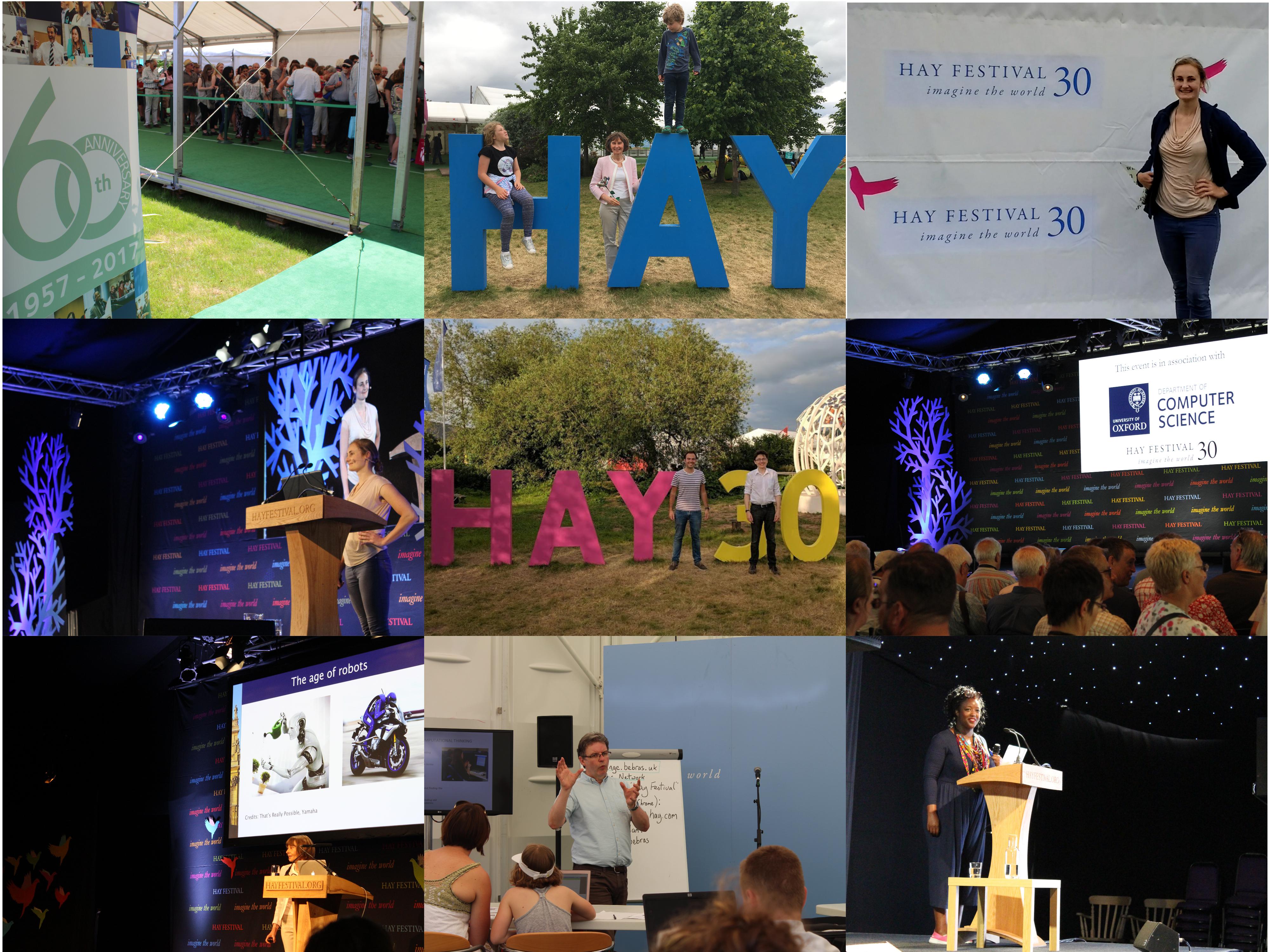