A new approach to computer modelling has won the 2014 3Rs Prize awarded by The National Centre for the Replacement Refinement and Reduction of Animals in Research (NC3Rs). The work has been recognised for its potential to reduce the number of animals used in research, particularly in the safety assessment of new drugs.

The winning paper by Oliver et al is entitled ‘Experimentally calibrated population of models predicts and explains inter-subject variability in cardiac cellular electrophysiology’. The paper, a collaboration between the Department of Computer Science, Oxford’s Centre for Collaborative Applied Mathematics, and Janssen Pharmaceutica, Belgium, was authored by Oliver Britton‚ along with his supervisors Alfonso Bueno−Orovio and Blanca Rodriguez, plus Karel Van Ammel‚ Hua Rong Lu‚ Rob Towart‚ and David J. Gallacher.

The authors have built a computer model of cardiac electrophysiology that incorporates natural variability. Normally when using a computer model to test how a drug might affect the heart, its effect is compared to an average profile of electrophysiology. But this average profile is not really representative of the whole population, where natural variations in heart properties occur from person to person. This new approach has the potential to make computer models that are far more powerful and more predictive of human response, and therefore a more viable alternative to using animals in research. This is the first time that natural variability has successfully been considered in such a model, and the methodology could be applied to other diseases. The authors are already planning to use the same methodology to build computer models for understanding pain and diabetes.

Professor Ian Kimber OBE, 3Rs Prize panel chair, said: ‘Mr Britton’s paper really stood out to the panel because of the model’s potential to be used to replace early-stage animal tests in drug safety studies, across a broad range of disciplines. The model has also been developed into a piece of user-friendly software, encouraging uptake and use by industry, which could have large scale impacts on the reduction of animals in research.’

The computer model has been developed into a user-friendly software package called Virtual Assay, which should increase industry uptake for use in drug safety testing, as it can be used without the need for specialist programming and modelling experience. It is possible to use the modelling method to study variability in any biological system, increasing the potential of the model to reduce animal use. The software Virtual Assay has been developed by Oxford Computer Consultants Ltd, funded by the EPSRC Impact Acceleration Account awarded to the University of Oxford, and supported by Isis Innovation.

The 3Rs prize, presented at an evening celebration in London in March, consists of an £18,000 award to be used to further the 3Rs potential of the study and a £2,000 personal award. It is awarded for an outstanding contribution to scientific and technological advances in the 3Rs in medical, biological or veterinary sciences.

Oliver said: ‘It's great to have our research recognised as having a potential impact on the 3Rs, and winning the prize helps with publicising our work to the audience who might be interested in it. We plan to use the prize grant to apply our methodology in neuroscience, specifically pain research in humans, through a collaboration we have developed with an industrial partner. We will investigate how variability between individuals alters the response of different types of pain-sensitive neurons to drugs.’

The following is a link to a video of the prize-winner, Oliver Britton, explaining his work. http://media.podcasts.ox.ac.uk/oucs/temp/oliver_britton_computer_science.mp4 Further information about the research: http://www.cs.ox.ac.uk/ccs/tools 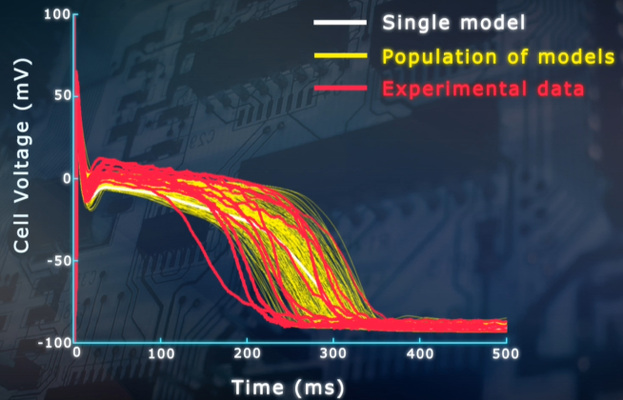 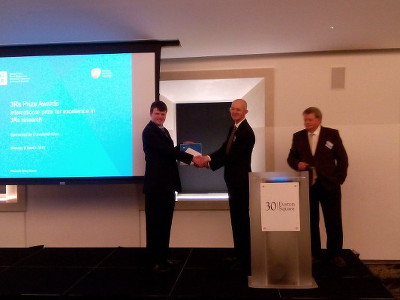 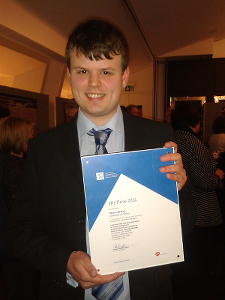