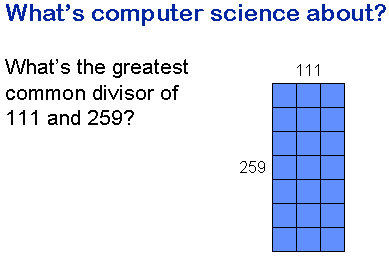 In this talk, I will try to give you a rough idea of what Computer Science at university level is about.

I want to do that by discussing a tiny programming problem with you. The problem is to compute the greatest common divisor of two integers. For example, suppose I have a floor that measures 259 by 111 centimetres, and I want to tile it with square tiles that I cut to a size that is a whole number of centimetres. What is the largest size of tile I could use?

Here is a method for computing greatest common divisors that always works. It does not use a computer, but instead it uses a piece of squared paper and a counter. The paper is ruled with x and y axes and an "answer line" that has equation x = y.

Initially we place the counter at a position (x, y) that has as its co-ordinates the two numbers for which we want to find the greatest common divisor: in this case 6 and 4.

If the initial position of the counter is not on the answer line (in this case, it isn't), then we perform a "move" as follows: 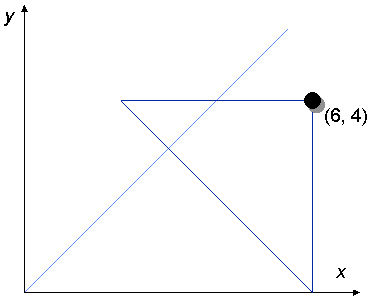 We find a right-angled isosceles triangle that has its right angle at the position of the counter and one of its 45 degree angles on an axis. There will be exactly one triangle that satisfies this description. 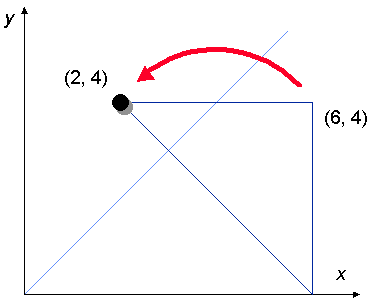 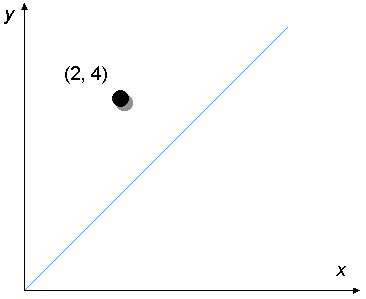 This completes the move. 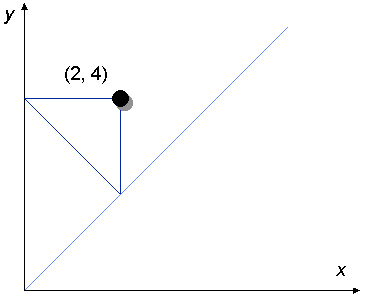 If the counter is still not on the answer line (it isn't), we carry out another move.

Again, we construct a right-angled isosceles triangle that has its right angle under the counter and one of its 45 degree angles on an axis (this time, it's the y axis). 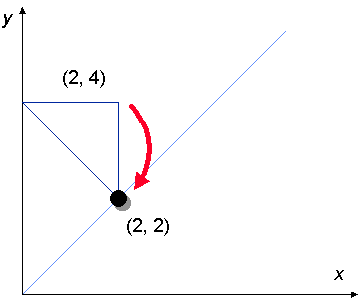 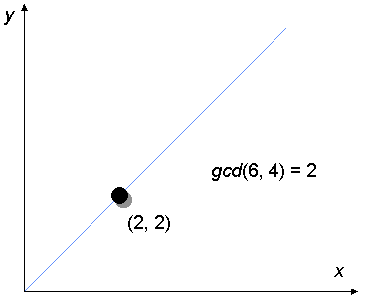 We continue making moves like this until the counter ends up on the answer line, with equation x = y. In the example, we have reached the answer line after two moves. The x and y co-ordinates of the counter are the same, and we may take either of them as the greatest common divisor of our original pair of numbers.

In the example, we find that the greatest common divisor of 6 and 4 is 2. And that's correct! 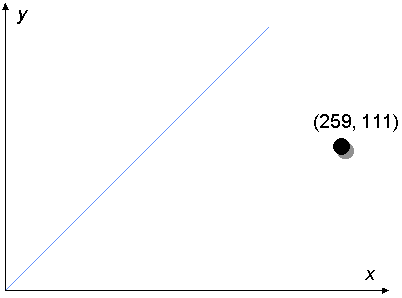 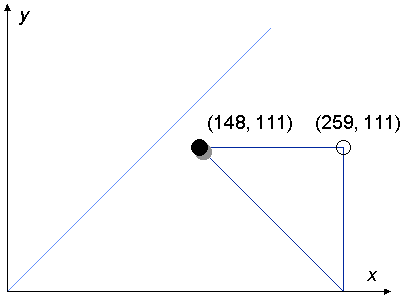 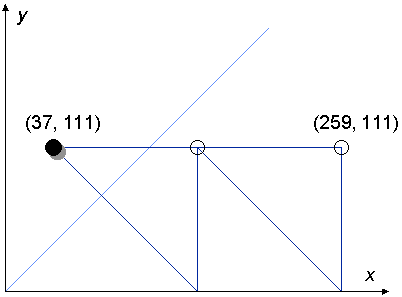 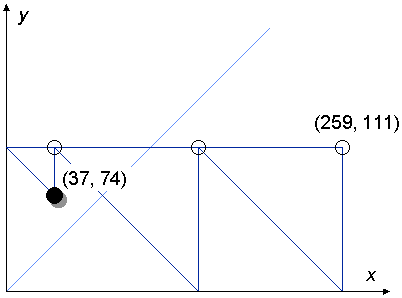 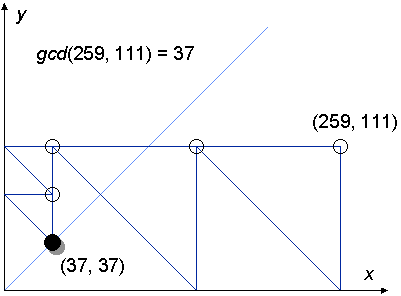 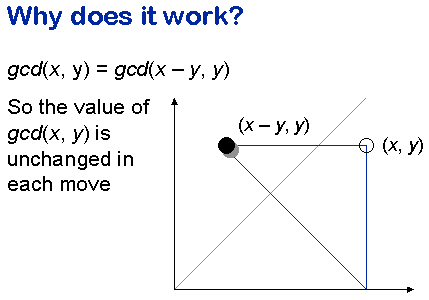 A similar argument works if the counter begins above the answer line. 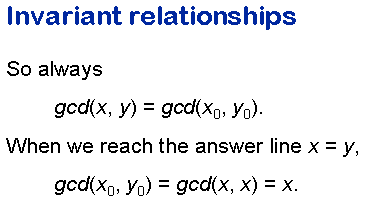 Of course, if we wanted to compute the greatest common divisor of big numbers, we wouldn't really use a piece of squared paper and a counter. We'd use a computer instead, and make the computer simulate the actions of playing our little game. To do that, we'd have to express the rules of the game as a computer program.

Here are the rules expressed as a program in one of my favourite programming languages, Pascal. The first line of the program says that the rest of the program is to be obeyed repeatedly until the test x ≠ y is false – that is, until we reach the answer line. The rest of the program asks the computer to find out whether the counter is below the answer line (if x > y) or above it, and to move the counter either to the left (by changing the x co-ordinate) or downwards (by changing the y co-ordinate) as appropriate. So the program captures precisely the rules by which we have been playing the game. 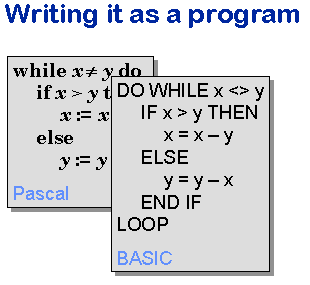 Exactly the same rules can be written as a program in other languages: here they are written in one of my unfavourite programming languages, BASIC. 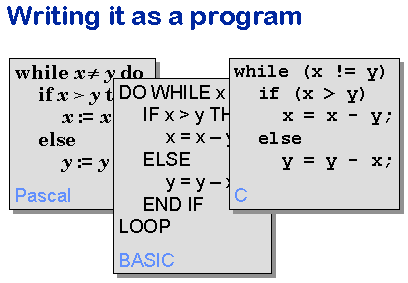 And here they are written in some other people's favourite programming language, C.

The point is that it doesn't matter which programming language we use to write down the rules of the game. The interesting thing is not what language we use, but the game itself, and most importantly the reasons why it works. These things are the same whatever language we use.

As it happens, we use a special language in our first year programming that is a little different in flavour from Pascal or BASIC or C. It's called Haskell, and we chose it because it makes the link between programming and mathematical reasoning especially direct. The link is there in other programming languages, but Haskell makes it especially easy to work with.

Although Haskell is not a language that you'll find mentioned in job adverts, it is actually extremely powerful. Consequently, our first-year students are able to write programs (and explain why they work) that would stump third-year students using a conventional language. We also use a modern dialect of Pascal called Oberon, again because it is a simple language that reveals the true principles of programming.

There are literally thousands of programming languages, and they are subject to fashions that come and go.

That's why in university computer science (especially at Oxford) we emphasize reasoning about programs in a way that's independent of the programming language. We particularly emphasize the use of mathematics to construct rigorous arguments showing that programs work correctly. These things will retain their importance even when the fashion in programming languages changes.

The point is that once you really understand programming, the task of learning a new language is an easy one. If you know how to think about programs in the right way, you can learn C in an afternoon. I know, because my students do it every year. When they answer those job adverts, they can say "I learnt C in an afternoon: why did it take those other people a whole year?"