The Virtual Assay software provides a framework to run in silico drug trials in populations of human cardiac cell models for predictions of drug safety and efficacy.

No two individuals respond to a drug in exactly the same way. Due to sometimes subtle variability at a physiological level, what works for one person may not work for another, even before taking into account any additional complicating factors. This is one of the most significant challenges faced by the pharmaceutical industry; clearly it is neither practical nor desirable to test a new drug on the entire population to ensure it is both safe and effective.

Ensuring a drug does not have potentially harmful or unexpected side-effects requires a huge amount of rigorous testing before the drug can be approved for clinical use. Even then, unforeseen problems can occur due to patient population variation or exacerbation of other pre-existing diseases. For example, over half of the 40 drugs withdrawn from the market in the last 20 years were withdrawn for unanticipated cardiac effects such as drug-induced arrhythmia, or ‘long QT’ (a prolonged refractory period between ventricular depolarisation and repolarisation).

To overcome this, in silico human modelling at a cell physiology level is becoming increasingly important in both drug efficacy and safety pharmacology testing. Consequently, it is attracting significant attention from both the commercial sector and regulatory bodies such as the US FDA, UK MHRA, and the European MRA.

Virtual Assay starts with well-understood human cellular biology models and modulates the variables to generate a range, or population, of models, which will respond differently to the same inputs. These populations are then calibrated against experimental data, retaining only those models in Calibrated Model Populations range with experimental observations. Once calibrated, these populations can be used to analyse the effects of different pharmaceutical agents on cellular response at the population level.

You can find here some Case Studies using the Virtual Assay software. 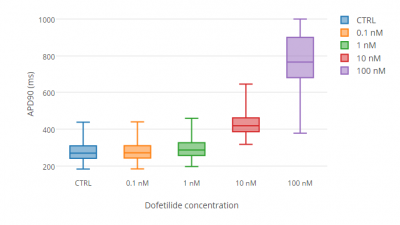 The software development for Virtual Assay has been supported by the EPSRC Impact Acceleration Account awarded to the University of Oxford and developed in collaboration with Oxford Computer Consultants.

This research is supported by the National Centre for the Replacement Refinement and Reduction of animals in research (NC3Rs).

Licences are available now. This license is intended for academics carrying out research and not for use by consumers of commercial businesses.

For commercial use licences visit here.

For further information about the tool, or to arrange a collaboration, please contact us.