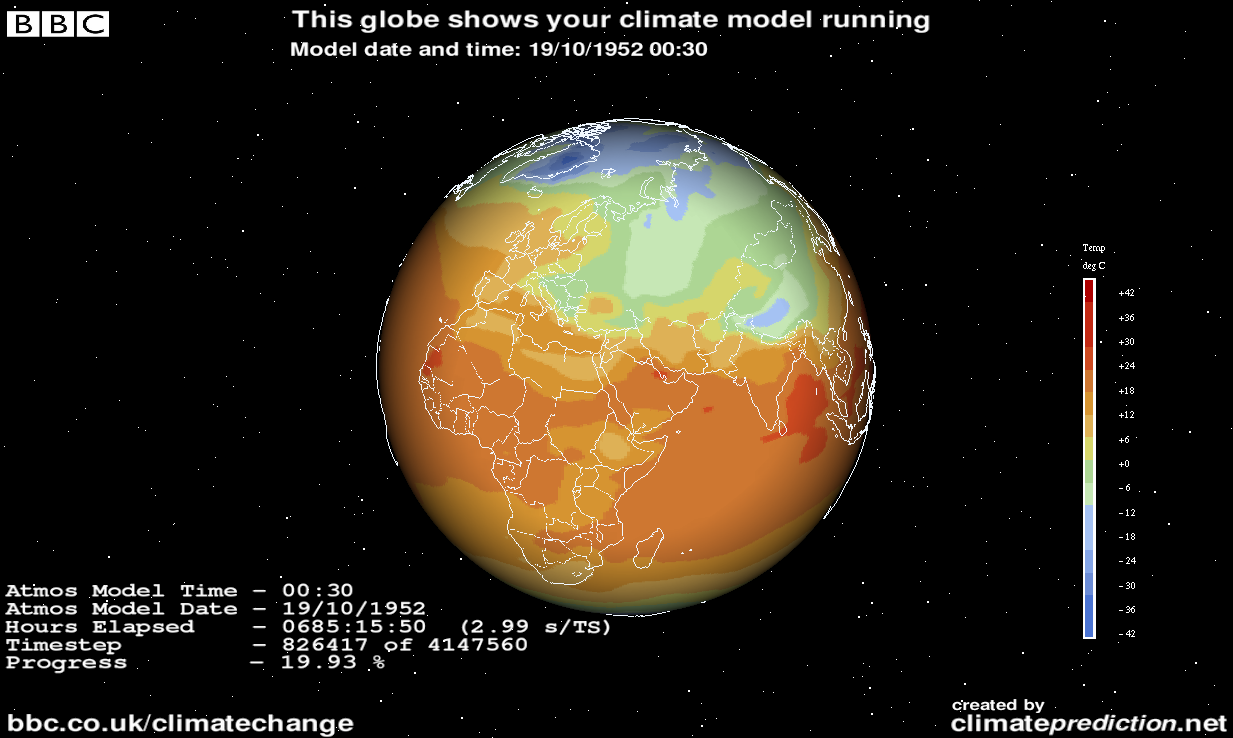 Research at Oxford has contributed to the development of the current version of BOINC, a technology to enable secure volunteer computing. This was done as part of the climateprediction.net project which is currently managed as CPDN (Climate Predication Dot Net) through the Oxford e-Research centre supporting international climate modelling. CPDN models climate change using donated cycles on users' computers, with almost 700,000 users registered by 2013. Significant work to develop the technology BOINC in this project has enabled scientists to embrace volunteer computing to solve scientific modelling challenges and BOINC has become recognised as the key open-source resource for volunteer computing, supporting significant international scientific endeavours.

Today is the 4th anniversary of the BOINC-based CPDN, and I'd like to congratulate and thank all the people at Oxford who made it happen, and all the volunteers who courageously ran huge climate models on their PCs. CPDN has been a huge success. There's no more worthwhile scientific goal than investigating the fate of Earth, and CPDN has made critical contributions to this investigation. David Anderson, Director of the BOINC Project, Univ. of California, Berkeley on the 4th anniversary of CPDN.

The early work on distributed computing and security for climateprediction.net in Oxford was initially led by Andrew Martin and Andrew Simpson. After developing prototypes using a local bespoke application platform, the insights and longer-term development were transferred to the BOINC platform in collaboration with its originators at Berkeley. This switch enabled the uptake of the technology to grow enormously, with community users confident of its ability to harvest compute cycles without compromising the security of their PCs, as well as modellers able to develop more complex codes to run out in the community and return timely results. It enabled the public to engage in science in a way which had not been achieved before with thousands of users observing a changing globe graphic on their machines showing the results of their own models running on behalf of the climate scientists. CPDN was and still is producing climate modelling results which are used by the Met Office.

BOINC remains managed as a community-developed tool out of Berkeley. Oxford's contribution is acknowledged by the now head of this group. BOINC is now widely used by scientific communities across the world. According to www.boincstats.com 2,599,338 have installed the BOINC software on their machines and there are currently 272,459 active users. The global reach of the CPDN project using BOINC is significant. 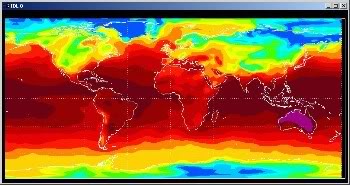 The 20,000 active users contribute approximately 27,000 active hosts, with a combined power of 35 TFlops. Of the 82 BOINC projects, in May 2012 climateprediction.net was the 4th most popular by work-units in progress and 5th in attrac$ Over 129 million simulation-years have been performed since the project's inception and registered users are located in 221 countries. Although the project has been running since Sept 2003, 9 of the 10 busiest days have been since Jan 2008 and currently around 30-40 new users join each day. Since 2008, over 100,000 users have joined and over 60% of the total computational cycles in the project have been donated. Since 2008, 40,702 distinct individual users have successfully completed one or more model simulations. The computing time required for all the model simulations run successfully since 2008 is equivalent to a 32,220 core machine running full time for one year and producing 100% successful results. An estimate of the value of this CPU time is $22.5M, based on the rate of the Amazon Elastic Compute Cloud Standard Spot Instance ($0.08/hour default).

It is estimated that the total CPU time (in seconds) donated to run models using BOINC is 1,016,099,474,571 seconds. This is equal to 32,220 years of CPU time (equivalent to running a 32,220 core machine full-time for one year). The examples above are indicative of how BOINC and 'citizen science' has enabled the public to engage with science and to assist with the scientific breakthroughs achievable by using knowledge and modelling to drive experimental activity this reducing experimental costs.