Please register via Eventbrite to join this Seminar

In May 2017, North Korea unleashed a messy and poorly contained cyberattack upon the United States of devastating size and impact, but it was the United Kingdom that suffered the worst.  WannaCry, a ransomware attack that crippled law firms, rerouted ambulances, shut down one of the largest mobile communications operators in Europe, and wrecked the UK National Health Service with effects felt still today.  In this cyber war crime, patients were turned away from hospitals, estimated loss of life from lack of services is in the hundreds, and the information security professionals who responded that day remember it like the day Kennedy was shot or the Twin Towers Came down.  Until a young Devonshire security researcher found a hack to stop it, WannaCry infected computers faster than people could blink.

While the world wonders whether there will ever be a "Cyber Pearl Harbor," we believe the turning point was actually in May 2017, and that the UK is also the home to a historical event that is a far better analogy for today.  When the Vikings made landfall and raided the priory at Lindisfarne in 793, it shocked the world.  Far from following any rules of war, these raiders bypassed military protections using their much more advanced transportation technology, and went straight for the soft underbelly: the civilians, their food, their treasuries, their lives.  No one ever defeated the Vikings. Over hundreds of years, they were simply bribed to either remain peaceful or go away, time and again, until they were rich and powerful enough to hold land and eventually become part of the ruling classes of Europe and the British Isles.

We will examine whether cyberwarfare is a reflection of the past, bring to light the battle stories from the incident responders who protected patients in hospitals that May of 2017, suggest ways to support our global civilian population when being raided, and take history's lessons on the seriousness and complexity of this form of warfare. 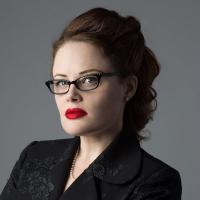 Tarah is a Cyber Project Fellow at the Belfer Center for Science and International Affairs at Harvard University‘s Kennedy School of Government. She is an International Security Fellow at New America leading a new international cybersecurity capacity building project with the Hewlett Foundation’s Cyber Initiative and a US/UK Fulbright Scholar in Cyber Security for the 2020/2021 year. She is an Electronic Frontier Foundation advisory board member, an inaugural contributing cybersecurity expert for the Washington Post and a Foreign Policy contributor on cyber warfare. She has appeared on Bloomberg Asia on US-China trade and cybersecurity. She is the author of the best-selling Women In Tech: Take Your Career to The Next Level With Practical Advice And Inspiring Stories.

She is an information security researcher, political scientist in the area of international conflict, author, and poker player. She has been Head of Offensive Security & Technical Data Privacy at Splunk & Senior Director of Engineering and Principal Security Advocate at Symantec Website Security. She has led projects at Microsoft Game Studios (Halo and Lips) and architected systems at encrypted mobile communications firm Silent Circle. She has spoken on information security at the European Union, at the Malaysian Securities Commission, for Foreign Policy, the OECD and FTC, at universities such as Stanford, American, West Point, and Oxford, and multiple governmental and industry conferences. She has $3640 in lifetime cashes in the World Series of Poker. Reach her at @tarah.

In 1996 when he was elevated to the House of Lords (the Upper Chamber of the British Parliament) John Alderdice was one of the youngest ever life appointees to the House. Since then he has served as an active Liberal Democrat member of the House. From 2013 he has also been Director of the Centre for the Resolution of Intractable Conflict, based at the University of Oxford. From 1987 to 1998, Lord Alderdice was Leader of Northern Ireland's Alliance Party and one of the negotiators of the Good Friday Agreement. He was then the first Speaker of the new Northern Ireland Assembly until 2004 when he was appointed one of four international commissioners charged with overseeing security normalization in Ireland. From 2005 to 2009 he was President of Liberal International, the global family of more than 100 Liberal political parties (he is now a Presidente D’Honneur) and from 2010 to 2014 he was Chair of the Liberal Democrat Parliamentary Party in the House of Lords during the UK Conservative/Liberal Coalition Government.

He is currently a Deputy to the Lord Speaker of the House of Lords and a member of the Special Committee on COVID-19. He has retired as a doctor and psychiatrist but he continues as a Senior Research Fellow at Harris Manchester College (University of Oxford) to work, lecture and write on the psychology of fundamentalism, radicalization, terrorism and intractable political violence and has been recognized with many prizes, honorary degrees and fellowships for his international contributions.  @AlderdiceLord

Moderator: Kim Zetter, an award-winning investigative journalist who has covered cybersecurity and national security for more than a decade, initially for Wired, where she wrote for thirteen years, and more recently for the New York Times Magazine, Politico, Washington Post, Motherboard, and Yahoo News. She has been repeatedly voted one of the top ten security journalists in the country by security professionals and her journalism peers. She has broken numerous national stories about NSA and FBI surveillance, nation-state hacking attacks, the Russian sabotage of Ukraine's power grid and its use of that country as a testing ground, the hacker underground and election security. She is considered one of the leading experts on the latter, and in 2018 authored a New York Times Magazine cover story on the crisis of election security. Zetter is also an expert on cyber warfare and wrote an acclaimed book on the topic - Countdown to Zero Day: Stuxnet and the Launch of the World's First Digital Weapon - about a sophisticated virus/worm developed by the U.S. and Israel to covertly sabotage Iran's nuclear program. @KimZetter