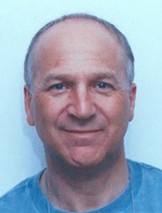 Can Programming be Liberated, Period?

This talk reports on a recent dream/vision paper I've just published, whose title is a play on that of John Backus' famous Turing Award Lecture (and paper). I will propose that -- or rather ask whether -- programming can be liberated from its three main straight jackets:

The technical part of the talk will provide some very modest evidence of feasibility of the dream, via the play-in/play-out approach to scenario-based programming.