Last week teams from OUCL competed in the world robotic championships in Graz, Austria, and came away with their first medal despite strong competition from teams across the world.

Robocup is a `grand challenge' project in robotics and artificial intelligence, with the first competitions held in 1997. Since then the scope of the competitions has widened to cover other areas of robotics and science education, and every year around 2000 human competitors meet to pitch their creations against each other.

This year the Oxford teams competed in two `virtual' leagues, which simulate the robots inside computers to develop the software that will be used on future robots. In the robot football 2D competition the emphasis is on developing group behaviours, and the OxBlue2D team gained an excellent 6th place overall in a very strong field thanks to a group lead by Jie Ma, who is researching into machine learning at OUCL.

On the other hand the robot rescue discipline is researching the potential use of robots to enter a dangerous disaster scene, such as after an earthquake or a fire, to assist humans in locating casualties. The second OUCL team, which is run jointly with the University of Amsterdam, had to play the part of the controller of a group of robots and find casualties against the clock over a series of rounds. In the end Julian de Hoog, another OUCL doctoral student, came away with the cup for 3rd place overall.

Jie and Julian were assisted by a number student helpers, namely Helen Flynn, Trung Huynh, Magda Jankowska, Radoslaw Sobolewski and Victor Spirin, and also by Dr Arnoud Visser from the University of Amsterdam.

This is only the second time that these teams have competed in this competition, and planning is already underway for Robocup 2010, which will be held in Singapore next June. 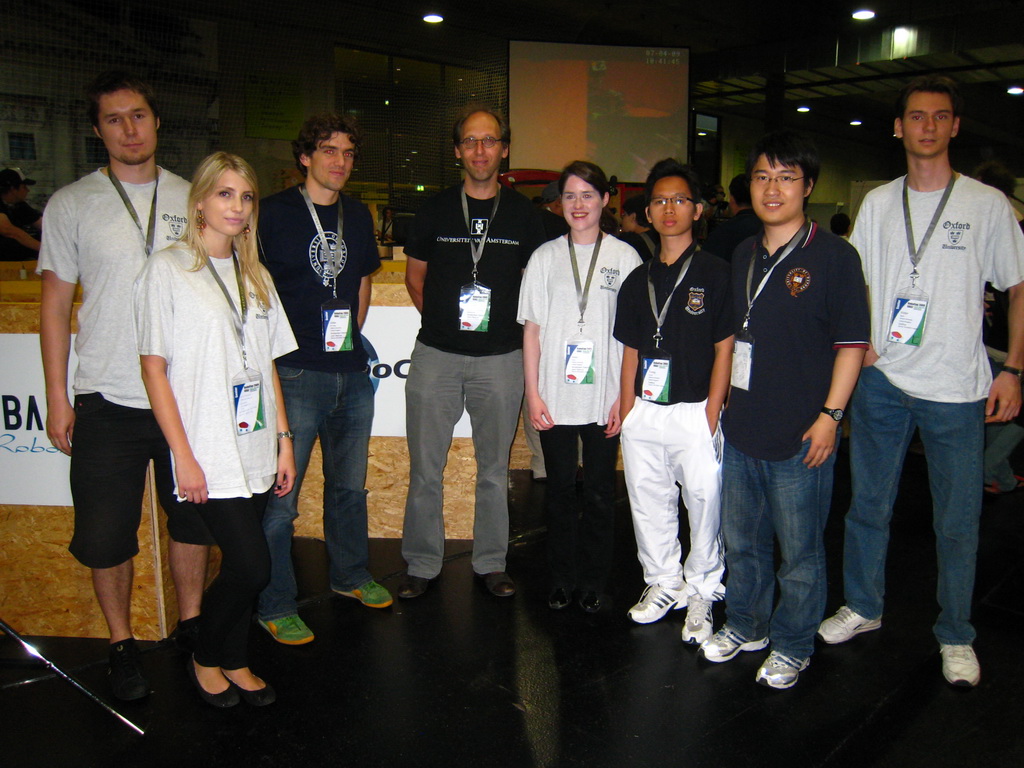 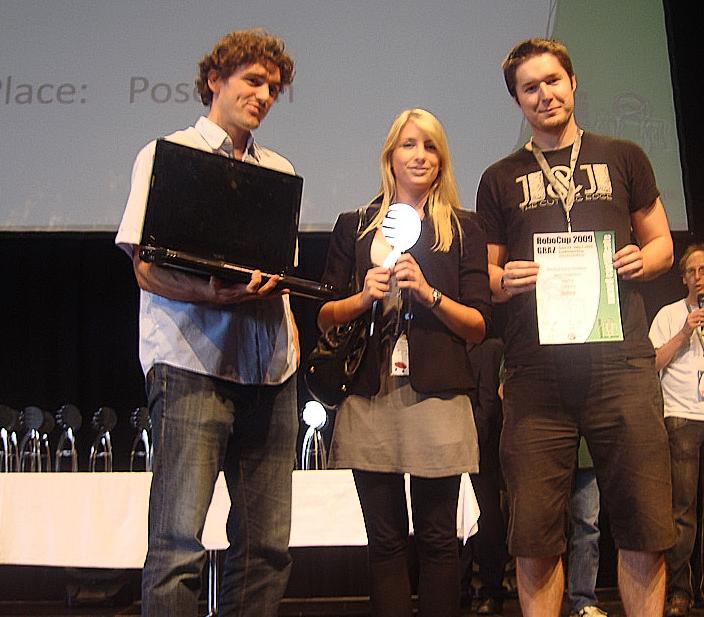