Dr Maria Bruna has been awarded one of the 2016 L’Oréal-UNESCO UK & Ireland For Women in Science Fellowships (FWIS). The winning scientists, selected from nearly 400 applicants, were announced at a prestigious ceremony hosted at the Royal Society. Maria received recognition for her research developing methods to represent systems of interacting particles that can capture phenomena at multiple scales. Applications of her work include particle separation technologies, which are critical to a wide range of sectors from the food and pharmaceutical industries to clinical research.   Maria is the first mathematician to receive this award.

Maria’s research interests lie in the stochastic modelling of interacting particle systems, with applications for explaining how individual-level mechanisms give rise to population-level behaviour in biology and ecology. In particular, her work focuses on deriving the continuum (or population-level) description of the system from the discrete (or particle-level) model using systematic methods of applied mathematics. The aim is to obtain practical reduced descriptions, based on partial differential equations, which capture the key attributes at the particle-level (such as the interactions between individuals) and can be used to predict the spatio-temporal evolution of the system.

Maria is a Junior Research Fellow in Mathematics at St John’s College Oxford, as well as being a member of the Computational Biology Group (CBG) at the Computer Science Department. Maria’s background is in Mathematics as well as Industrial Engineering. She studied at the Universitat Politècnica de Catalunya in Barcelona, before moving to Oxford University to complete an MSc in Mathematical Modelling and Scientific Computing and subsequently a DPhil on stochastic models of diffusion.

Professor Dame Carol Robinson, Head of the Judging Panel and a L'Oréal-UNESCO For Women in Science International Laureate, said: ‘We were really impressed by the research projects each our finalists is working on, and it was tough to decide on our winning group – each is working hard to solve a specific question. We are excited that they will benefit from the very real, flexible support provided in the Fellowship, at a critical stage in their careers.’

Find you more about Maria and the other award winners here: https://www.womeninscience.co.uk/past-and-present-fellows 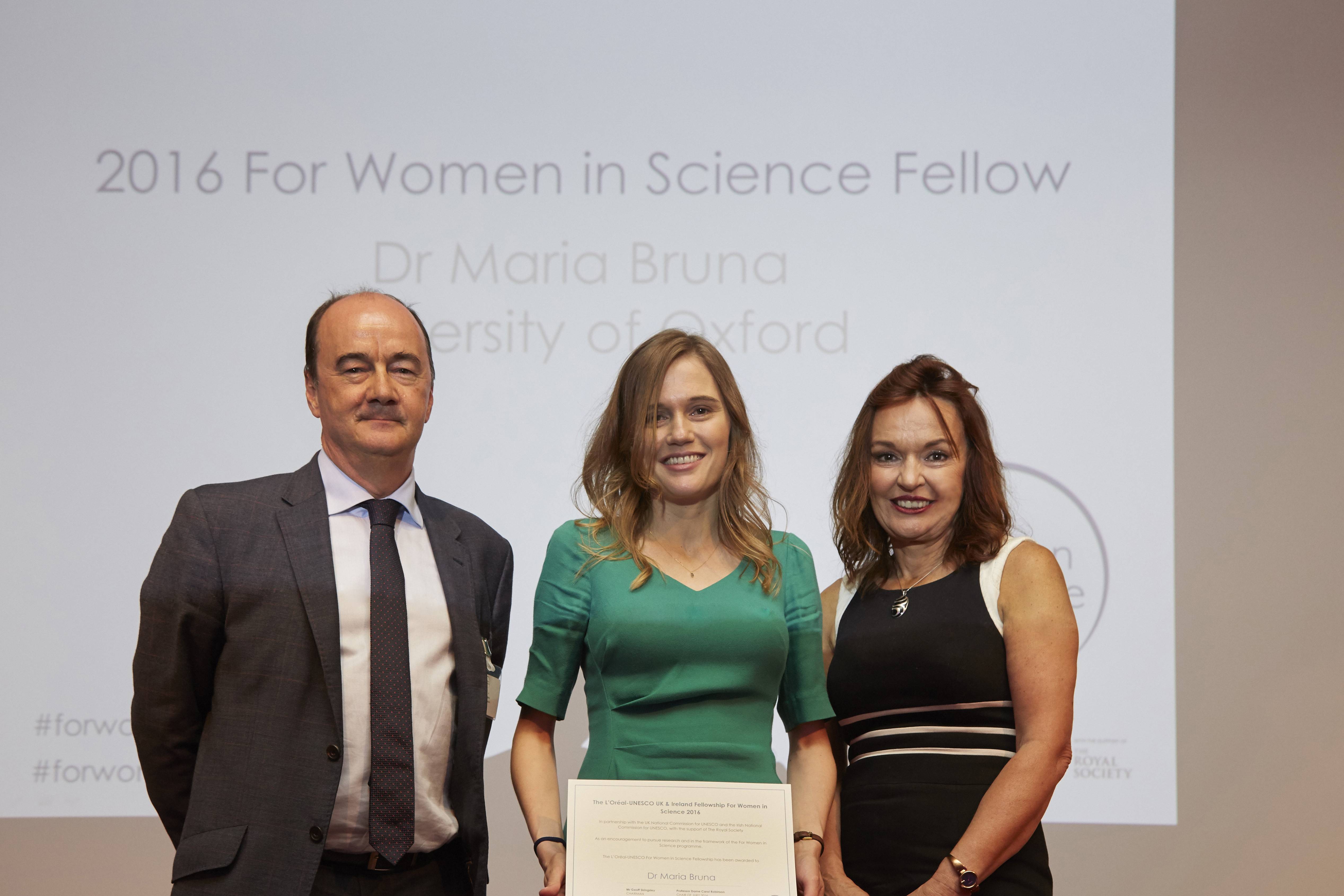