NEW YORK, April 4, 2017 – ACM, the Association for Computing Machinery, (www.acm.org) today named Sir Tim Berners-Lee, a Professor at Massachusetts Institute of Technology and the University of Oxford, as the recipient of the 2016 ACM A.M. Turing Award. Berners-Lee was cited for inventing the World Wide Web, the first web browser, and the fundamental protocols and algorithms allowing the Web to scale. Considered one of the most influential computing innovations in history, the World Wide Web is the primary tool used by billions of people every day to communicate, access information, engage in commerce, and perform many other important activities.

The ACM Turing Award, often referred to as the “Nobel Prize of Computing,” carries a $1 million prize, with financial support provided by Google, Inc. It is named for Alan M. Turing, the British mathematician who articulated the mathematical foundation and limits of computing. ACM is marking “50 Years of the Turing Award” with special events this year. This celebration will culminate June 23-24, 2017 in San Francisco, CA with an ACM conference on the future of computing featuring 20 Turing laureates and other distinguished members of the computing field. The conference will be followed by the ACM Awards Banquet on Saturday evening, June 24, 2017, at which Berners-Lee will formally receive the 2016 ACM A.M. Turing Award.

“The first-ever World Wide Web site went online in 1991,” said ACM President Vicki L. Hanson. “Although this doesn’t seem that long ago, it is hard to imagine the world before Sir Tim Berners-Lee’s invention. In many ways, the colossal impact of the World Wide Web is obvious. Many people, however, may not fully appreciate the underlying technical contributions that make the Web possible. Sir Tim Berners-Lee not only developed the key components, such as URIs and web browsers that allow us to use the Web, but offered a coherent vision of how each of these elements would work together as part of an integrated whole.”

“The Web has radically changed the way we share information and is a key factor for global economic growth and opportunity” said Andrei Broder, Google Distinguished Scientist. “The idea of a web of knowledge originated in a brilliant 1945 essay by Vannevar Bush. Over the next decades, several pieces of the puzzle came together: hypertext, the Internet, personal computing. But the explosive growth of the Web started when Tim Berners-Lee proposed a unified user interface to all types of information supported by a new transport protocol. This was a significant inflection point, setting the stage for everyone in the world, from high schoolers to corporations, to build their Web presences and collectively create the wonderful World Wide Web.”

"The Turing Award is the greatest academic honour that can be bestowed upon a computer scientist", said Professor Mike Wooldridge, Head of Department of Computer Science at the University of Oxford. "It is entirely fitting that Tim should receive it now: I can think of no other living individual who has changed our modern world more profoundly." "Tim is the third University of Oxford professor to receive the Turing Award, following Dana Scott in 1976, and Sir Tony Hoare in 1980" added Professor Wooldridge. "We are immensely proud of this illustrious heritage."

Professor Sir Nigel Shadbolt, commented, ‘It has been my enormous privilege to work with Tim over the years and witness at first hand his single-minded dedication to ensuring that the web he invented serves all of humanity and not just the few.  The ACM Turing Award is the Nobel prize for computer science and it is a fantastic recognition of Tim’s achievements.”

Development of the World Wide Web

Berners-Lee, who graduated from Oxford University with a degree in Physics, submitted the proposal for the World Wide Web in 1989 while working at CERN, the European Organization for Nuclear Research. He noticed that scientists were having difficulty sharing information about particle accelerators. In 1989, interconnectivity among computers via Transmission Control Protocol/Internet Protocol (TCP/IP) had been in existence for a decade, and while segments of the scientific community were using the Internet, the kinds of information they could easily share was limited. Berners-Lee envisioned a system where CERN staff could exchange documents over the Internet using readable text that contained embedded hyperlinks.

To make his proposed information-sharing system work, Berners-Lee invented several integrated tools that would underpin the World Wide Web, including:

Central to the universal adoption of the World Wide Web was Berners-Lee’s decision to develop it as  open and royalty-free software. Berners-Lee released his libwww software package in the early 1990s, granting the rights to anyone to study, change, or distribute the software in any way they chose. He then continued to guide the project and worked with developers around the world to develop web-server code. The popularity of the open source software, in turn, led to the evolution of early web browsers, including Mosaic, that are credited with propagating the Web beyond academic and government research settings and making it a global phenomenon.

By 1994, the number of websites had grown to nearly 3,000, and today, there are more than 1 billion websites online.

Berners-Lee is a graduate of Oxford University, where he received a first-class Bachelor of Arts degree in Physics. Berners-Lee is the 3Com Founders Professor of Engineering in the School of Engineering with a joint appointment in the Department of Electrical Engineering and Computer Science and the Computer Science and Artificial Intelligence Laboratory (CSAIL) at Massachusetts Institute of Technology (MIT), where he also heads the Decentralized Information Group (DIG). He is also a Fellow at Christ Church and a Professorial Research Fellow at the Department of Computer Science, University of Oxford.

Berners-Lee founded the World Wide Web Consortium (W3C) in 1994, where he continues to serve as Director. W3C is an international community that develops open standards to ensure the interoperability and long-term growth of the Web. In 2009, he established the Word Wide Web Foundation, which works to advance the Open Web as a public good and a basic human right.  He is the President of the Open Data Institute (ODI) in London.

He has received many awards and honors, including the ACM Software System Award in 1995. Berners-Lee was knighted in 2004 and received the Order of Merit in 2007, becoming one of only 24 living members entitled to hold the honor. He is a Fellow of the Royal Society, and has received honorary degrees from a number of universities around the world, including Manchester, Harvard, and Yale. TIME magazine included him as one of the 100 Most Important People of the 20th Century.

About the ACM A.M. Turing Award

The A.M. Turing Award http://amturing.acm.org/ was named for Alan M. Turing, the British mathematician who articulated the mathematical foundation and limits of computing, and who was a key contributor to the Allied cryptanalysis of the Enigma cipher during World War II. Since its inception in 1966, the Turing Award has honored the computer scientists and engineers who created the systems and underlying theoretical foundations that have propelled the information technology industry. 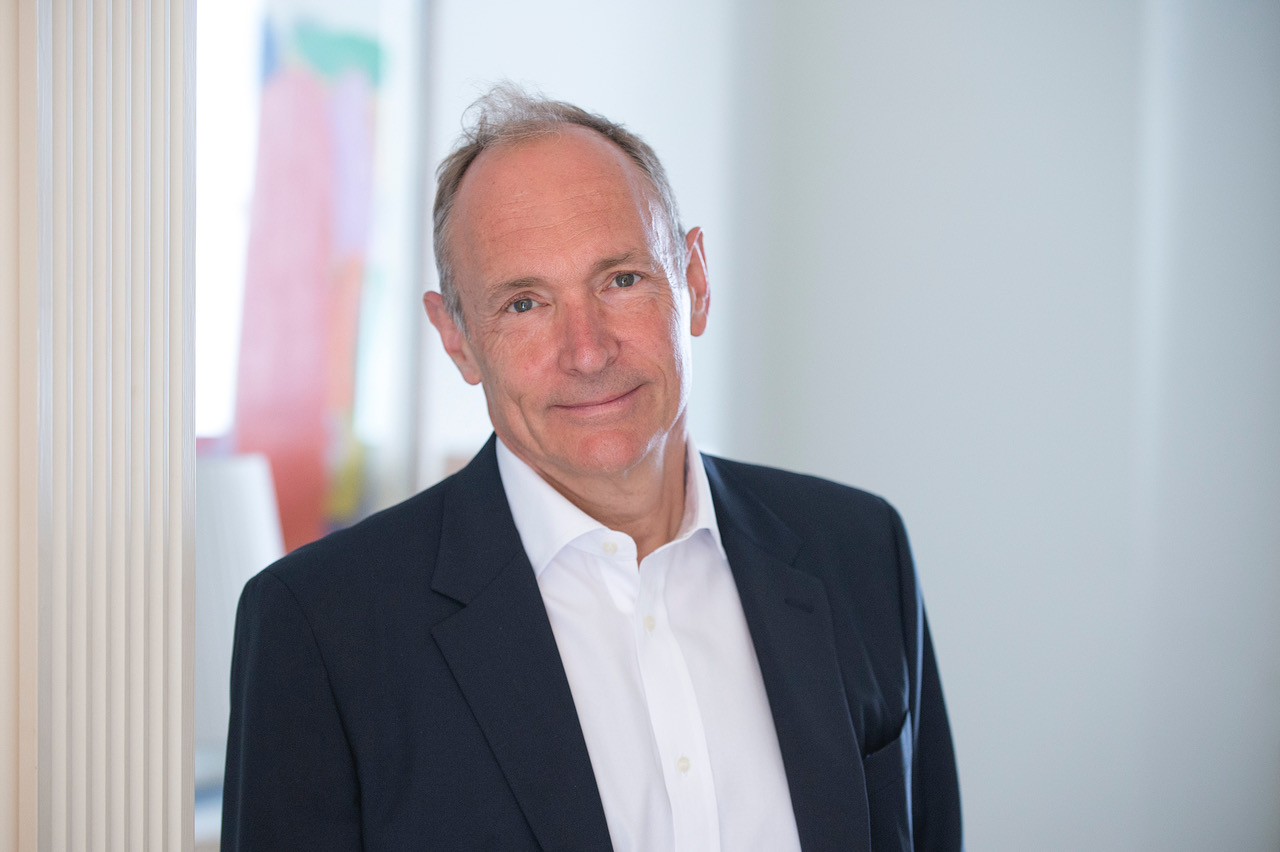