Associate Professor Sam Staton was co-winner of the EATCS best paper award at the 2017 European Symposium on Programming (ESOP), part of the European Joint Conferences on Theory & Practice of Software. He received this award for a paper on Commutative Semantics for Probabilistic Programming.

ESOP is an annual conference devoted to fundamental issues in the specification, design, analysis, and implementation of programming languages and systems. Sam was presented with his award during the conference, which took part last week in Uppsala, Sweden. 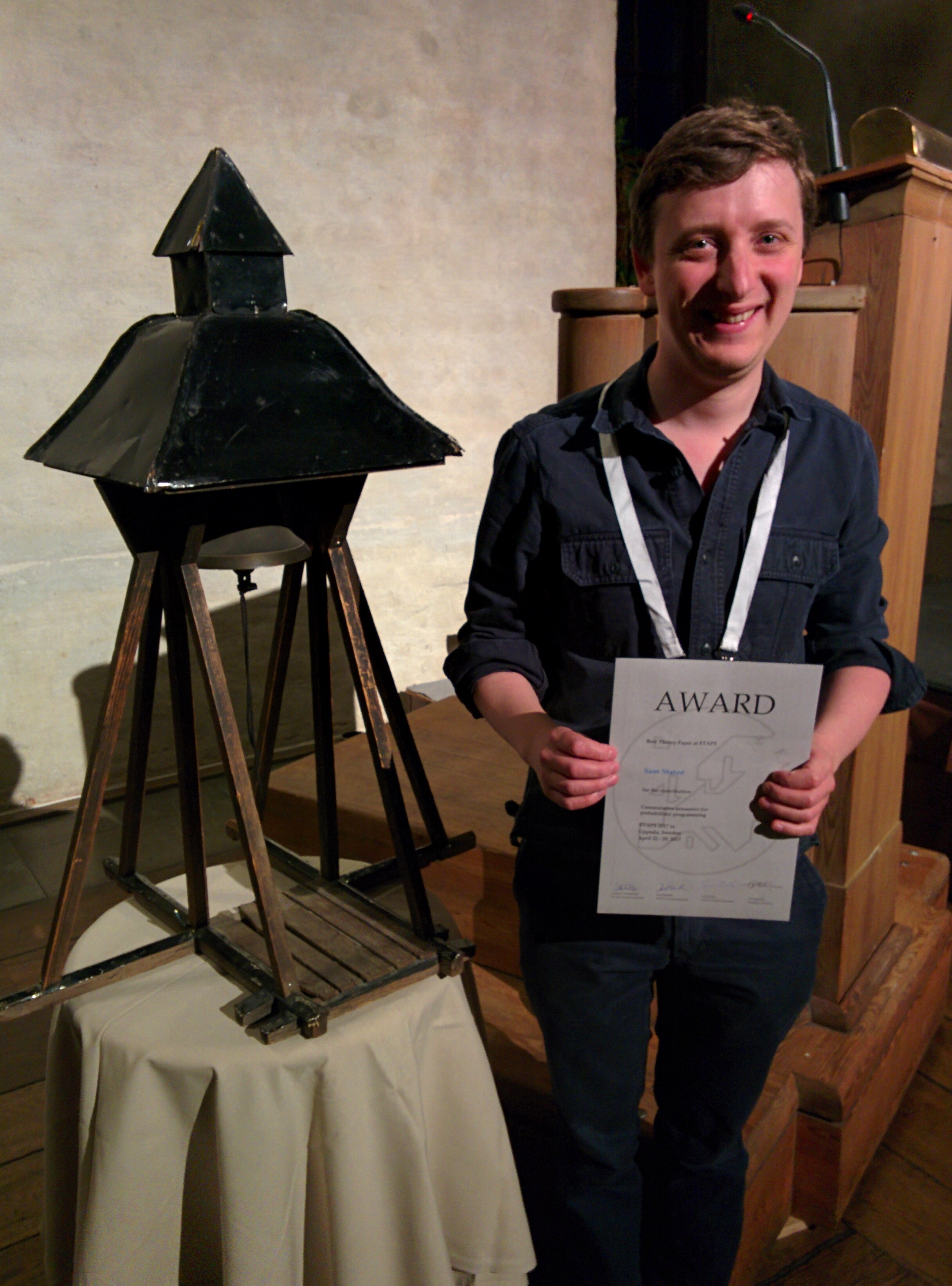