Dame Wendy Hall, Regius Professor of Computer Science at the University of Southampton, is to deliver the annual Ada Lovelace Lecture today as part of the Oxford Literary Festival.

This evening, Dame Wendy will give a talk about ‘Artificial Intelligence through the Looking Glass’ as a combined Ada Lovelace Lecture for the Bodleian Libraries and Oxford’s Department of Computer Science.

Dame Wendy, who is executive director of the Web Science Institute, and co-chair of the UK government’s AI review, will explain how artificial intelligence can already outperform humans on some tasks and looks at the implications for human society.

She believes artificial intelligence is still a long way from being as powerful as the human brain but it will lead to many jobs being replaced by automated processes and machines. It is particularly able to outperform humans in analysing large amounts of data and predicting results. She argues that artificial intelligence offers great opportunities to develop new companies, grow jobs and benefit society. However, we must be aware of the threats to society and the ethical, accountability and diversity issues we need to address.

Ada Lovelace was the daughter of Lord Byron and a mathematician and writer who is seen as an early pioneer of the computer. Both the Department of Computer Science and Bodleian Libraries have annual lecture series named after her, and this year decided to present a joint talk.

Ada Lovelace will come under the spotlight this afternoon when the Department of Computer Science’s Professor Ursula Martin and biographer Miranda Seymour will talk about her life.

Professor Mike Wooldridge, Head of Oxford’s Department of Computer Science, will also be speaking about artificial intelligence on the same day at the festival. Plus, the department’s Professor Nigel Shadbolt is chairing a discussion on robot sex. 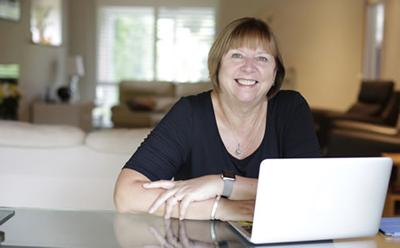