Undergraduates from the department showcased their project work at the House of Lords yesterday, as part of a launch event for a tool that predicts the cleanliness of the electricity supply.

The event also showcased new approaches to de-carbonising the electricity grid, with the Oxford student team invited to demonstrate its second-year Computer Science Group Design Practical work, which National Grid had sponsored. The undergraduates have built a web-based system to allow consumers to optimise and schedule significant electrical loads (such as electric vehicle charging) to minimise their carbon footprint.

They were accompanied to London by Professor Alex Rogers from the Department of Computer Science, who has helped verify the methodology of the partner’s API tool, and who maintains GridCarbon - a smartphone app that presents live carbon intensity information about the UK electricity grid - www.gridcarbon.uk. 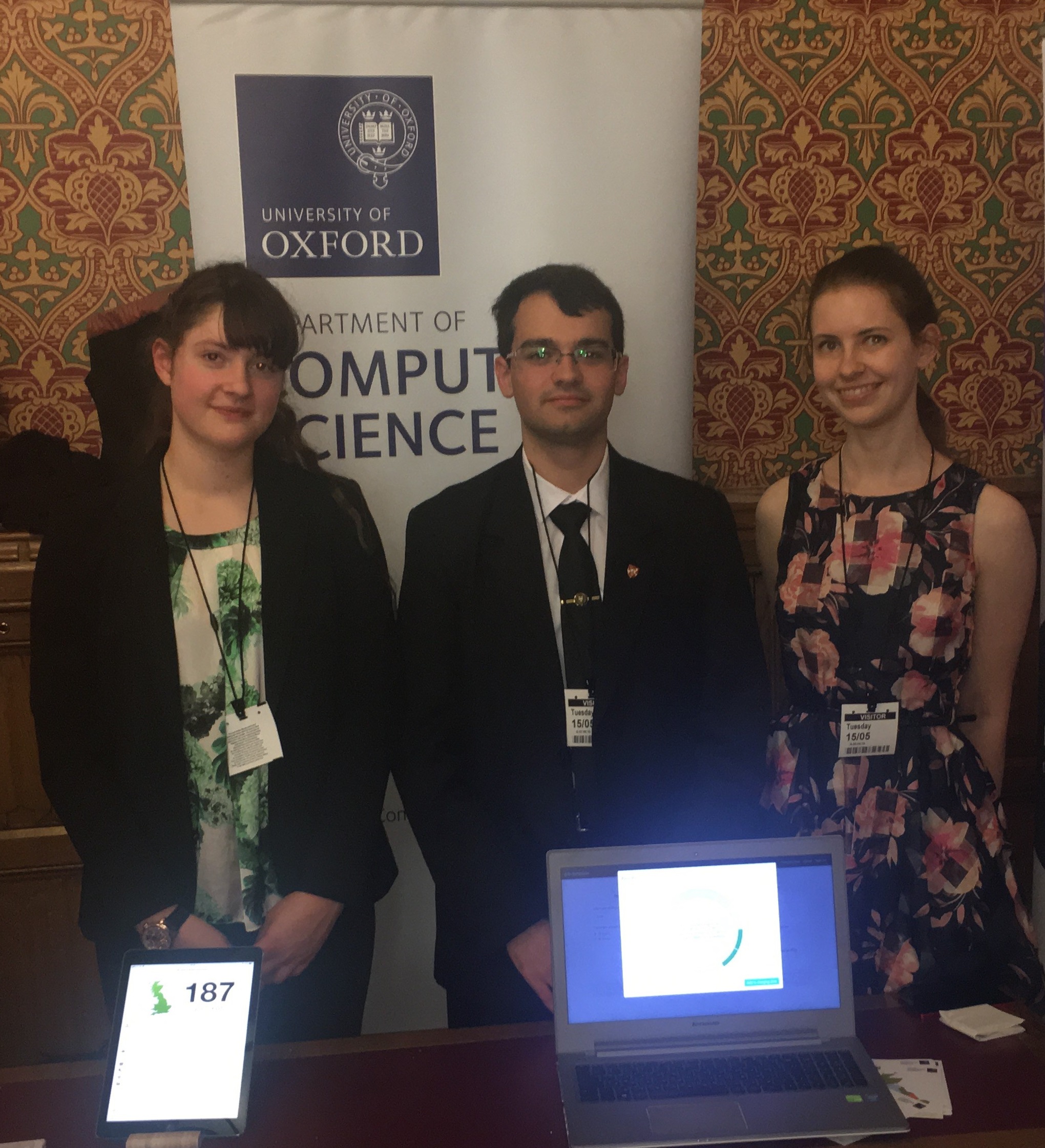