Jennie Charlton, who is PA to the Administrators/Office Manager at the department has won the 2019 Most Improved Apprentice Award at the 2019 University Apprenticeships Expo. Jennie, who is doing the Operations/Departmental Manager: Level 5 Standard apprenticeship says ‘It’s a great scheme which enables existing staff to gain a qualification whilst working, and in a discipline related to their work, rather than the Jewellery & Silversmithing I studied at University! It has really boosted my confidence in many areas that I really struggled with previously, and that has been helped by having a very supportive manager, and all the different staff and tutors I have been involved with.’

The apprenticeship is part of Work Learn Develop – a programme of funded professional training and development opportunities for University staff.

Department Administrator Sharon Lloyd said, ‘Jennie is showing hugely improved confidence in her own abilities and has not only managed a successful migration of an onerous payroll process to HR but has also managed to take on new staff to her team. Her contact with other training candidates has shown her the areas she needed to develop and she has become the capable manager she wanted to be. We are really pleased with her progress.’

Jennie was awarded a certificate and an iPad in a ceremony held at the Sheldonian Theatre. She is pictured receiving her award from the Registrar, Gillian Aitken.

At the same ceremony former department apprentice Bradley Boodell was awarded a certificate for completing his Finance Assistant Apprenticeship. 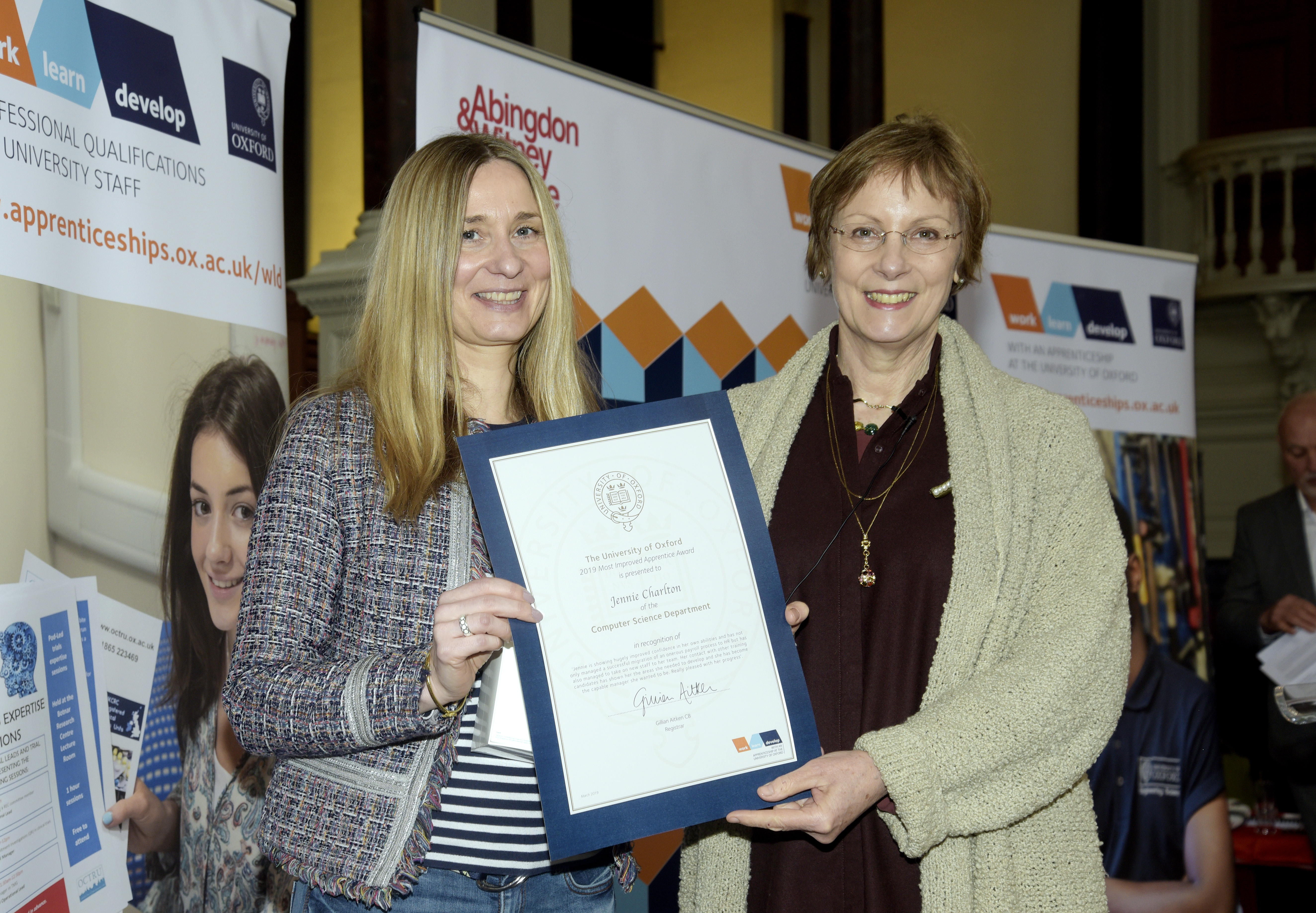 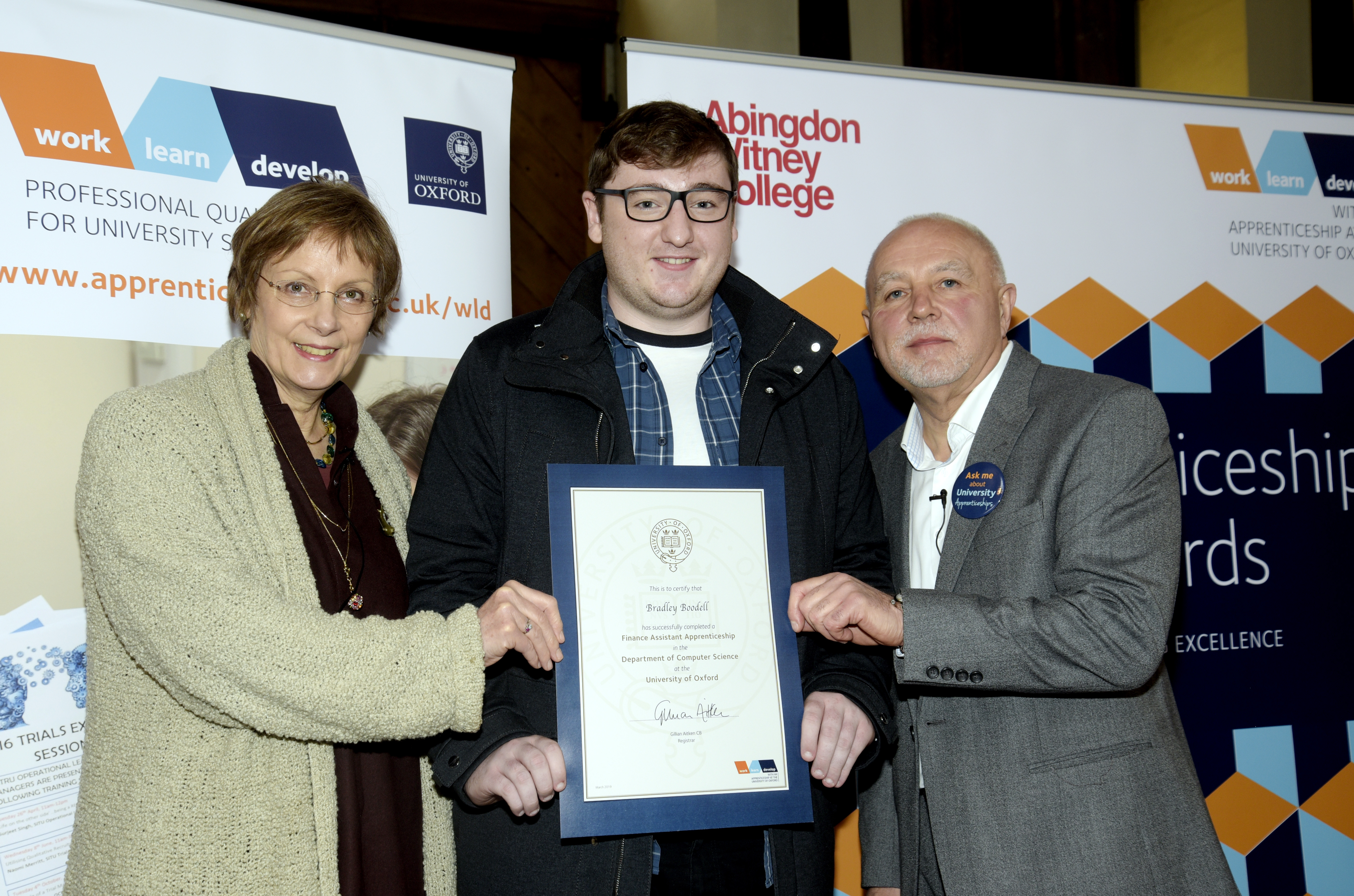