We are delighted to announce that Dr Ana Namburete will join Pembroke College’s Governing Body in the autumn, as their first Rokos Fellow and Tutor in Computer Science. Ana is an internationally known expert in the use of machine learning to collate and analyse neurosonographic data. She will lead the introduction of Computer Science to the college's undergraduate course offering from 2022.

Ana is founder and Principal Investigator of the interdisciplinary NeuroImage Analysis Group, which will be based in the Department of Computer Science at Oxford University. This research group aims to establish ultrasound as a cost-effective tool for early assessment of brain maturation during pregnancy. Ana and her team develop computational algorithms to enhance the diagnostic value of ultrasound. This will make a particularly significant impact in low-income settings where a shortage of suitably trained sonographers presents a barrier to the delivery of reliable prenatal care. Her team is addressing general challenges in the application of artificial intelligence in medicine by designing algorithms that improve clinical interpretability of complex 'black box' models, and that remove inherent biases to patient populations.

Originally from Mozambique, Ana took the International Baccalaureate at the United World College of Southern Africa in Swaziland. She then moved to Canada where she obtained a BASc in Engineering Science from Simon Fraser University. Having won a Commonwealth Scholarship, she read for a DPhil in Engineering Science at the University of Oxford. Following a postdoctoral fellowship funded by a grant from the Bill and Melinda Gates Foundation, she secured a Royal Academy of Engineering (RAEng) Research Fellowship to establish her independent research group at Oxford’s Department of Engineering Science. She also became an Associate Research Fellow at St Hilda's College.

Ana is an active member of the medical image analysis community. She serves as a Program Chair of the Medical Image Understanding and Analysis (MIUA) conference (2020 and 2021). She is part of the Organising Committee of the 2021 Workshop on Advances for Simplifying Medical Ultrasound (ASMUS) at the Medical Image Computing and Computer-Assisted Interventions (MICCAI) conference. She has been on the Management Committee of the EPSRC Centre for Doctoral Training in Biomedical Imaging, run jointly between the University of Oxford and University of Nottingham.

Ana is passionate about diversity and inclusion in academic research, and is a representative of Oxford in the trans-European NeurotechEU alliance for promoting excellence in brain research. She has received a number of awards, including best paper prizes and a Springboard Award from the Academy of Medical Sciences in 2020. 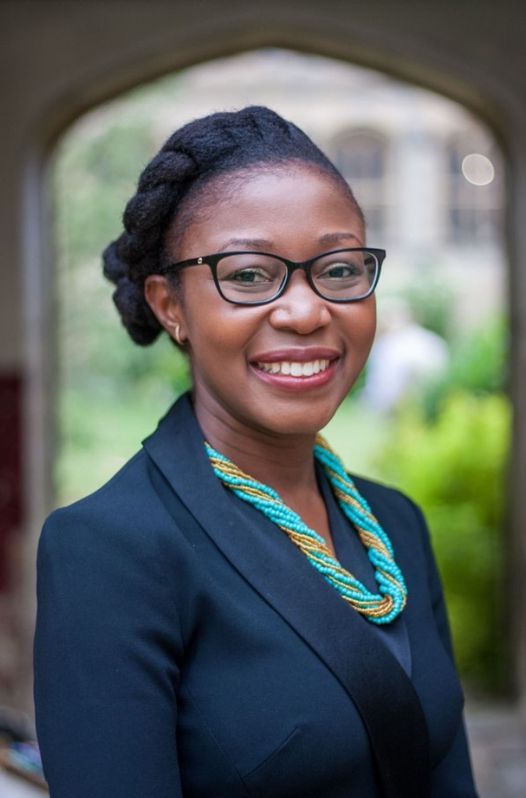