Reader in Computing Science Stephen Cameron and three of his students have recently returned from RoboCup competitions in Germany and Iran, clutching a trophy and ready to tackle the World Championships in Istanbul in July.  Students Helen Flynn, Jie Ma and Yanjun Zhou entered three of the categories, and came away with the third place in the Virtual Rescue Robots competition.  Although originally focussed on robot football, RoboCup now encompasses a number of related disciplines which are designed to stretch our understanding of robotics and artificial intelligence, doing so in a competitive environment that pushes the researchers - and their creations - to the limit.

Students for the University's Computer Science department have been entering such competitions for four years now, but this year sees them entering the competitions with real robots for the first time, thanks to a partnership with the universities of Newport and Crete.  Their joint team is using robots from Aldebaran Robotics to compete in a standard football competition; the photograph shows the Oxford group holding their prize from Iran and one of the new robots. 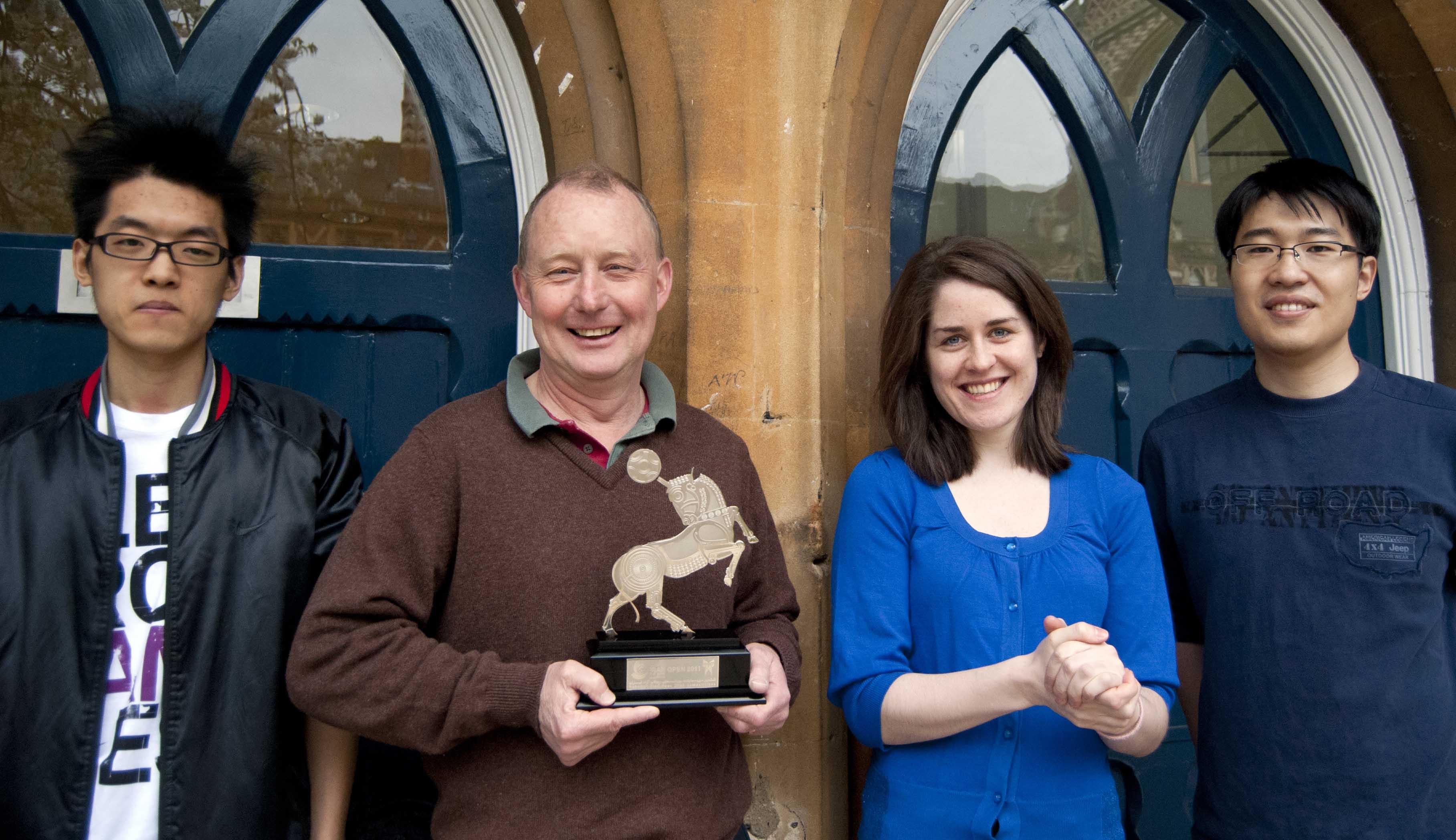