Make it ‘appen! Do you have what it takes?

The Department of Computer Science has signed up with Samsung and Steele Media to take part in their bada Student Developer Challenge 2011.  Samsung has selected 10 leading UK universities to participate in this nationwide challenge, giving Computer Science students from 1st year to Masters, the opportunity to team up and develop an App for the bada platform.

The challenge is a nationwide competition for Universities to develop an application for the Samsung smartphones using the bada platform, and win a share of the £15,00 prize fund.

The challenge will officially kick off in Oxford with a briefing session by Samsung’s media partners Steele Media, on 13th October 2011. This will be followed by a 24-hour codeathon in early November where the teams will battle it out against each other and teams from across the country to develop the best apps

Students can register at the challenge web page http://www.badastudentdeveloperchallenge.com/

The briefing session will be held on Thursday 13th October 2011, at 12pm in Lecture Theatre A, Department of Computer Science 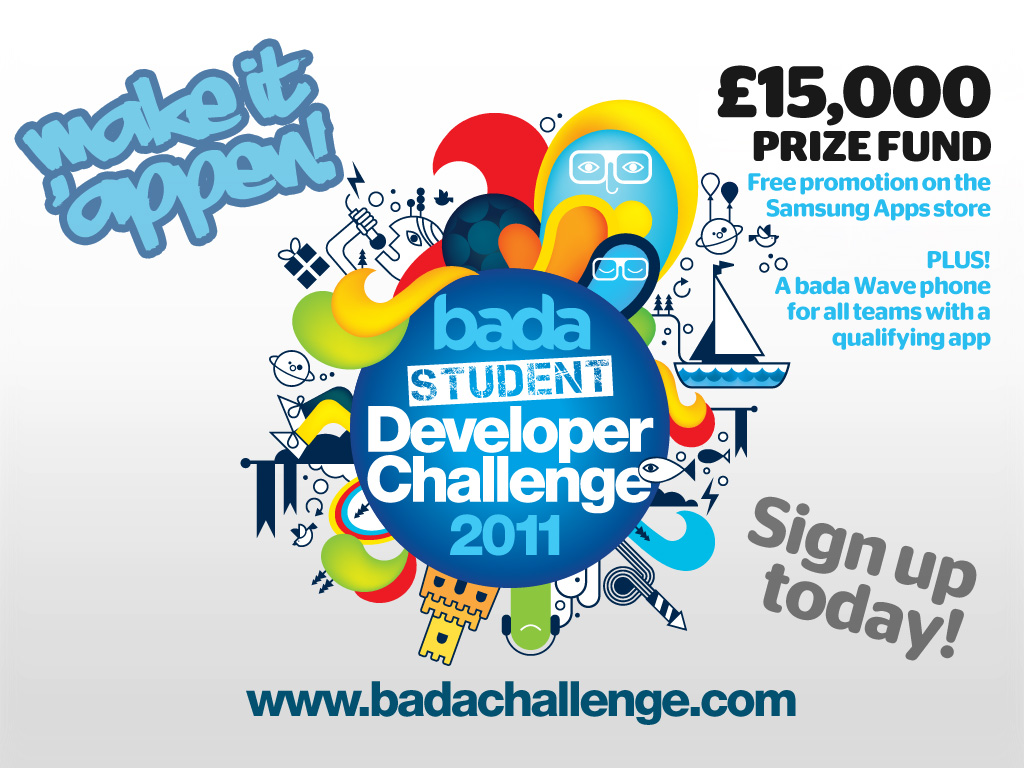