The Group Design Practical, which runs from January, sees teams of five to six 2nd year undergraduate students working on a chosen practical project. Many of the project ideas have been suggested by industry partners, which this year included G-Research, Winton Capital, Palantir and WorldQuant. The students’ work culminates in an exhibition and formal presentation, held in the Department on May 13th.

Eleven different project challenges were on offer to the teams. Project topics are presented in the form of an outlined design brief. Part of the work includes undertaking a proper requirements analysis for the chosen project, working with a project mentor.

Five industry-sponsored prizes were on offer to the best teams. The judging panel consisted of a representative from each of the industry sponsors and was chaired by the Department’s Director of Teaching, Dr Michael Spivey. Each industry sponsor awarded a prize of £400, based upon their own criteria.

Team 3 were awarded the Ensoft Prize for a well-designed user interface. They used information gathered from Twitter to display users’ languages on a map of Europe. The team was supervised by Dr Jason Nurse, a researcher in the Cyber Security Centre, and consisted of Dan-Andrei Gheorghe, Toby Cathcart Burn, Alexander Bridgeland, Paul-Stefan Herman and Mariya Lazarova.

Team 4 were awarded a prize from Palantir for an engaging pitch. Their project gathered and analysed the sentiment of Twitter users for the intention of using the data for regional marketing.  The team consisted of Christopher Kew, Michal Bock, Blagovest Gospodinov, Miraan Tabrez and Lukas Halgas, and were co- supervised by Dr Ioannis Agrafiotis, a Research Assistant in the Department of Computer Science, and Jason Nurse.

Team 6 were tasked with predicting stock movements using information from news headlines. They were given a prize from WorldQuant, for careful assessment of multiple learning models. They were supervised by Prof. Alessandro Abate, and the team members were Tomas Vaskevicius, Matthew Gripton, Ying Zhu, Robert Carlan and Zichuan Huang.

Team 7 produced a car racing game, driven by an artificial intelligence, and were awarded a prize by Metaswitch for an impressive demonstration. The team were Mateusz Dombrowksi, Ozan Sevsevil, Matthew Boughen, Xin Sun and Mengying Xue, and their mentor was Dr Peter Minary, a Research Lecturer in the Department.

Finally, team 11 were awarded a prize by Bloomberg for their faultless presentation. Again sponsored by Jason Nurse, their challenge was to produce an augmented reality map of Oxford. The team was made up of Richard Appleby, Sonal Vedi, Lawrence Okoth-Odida, Joshua Warwick, Charlotte Smyth and Paul Logan.

More pictures can be found here. 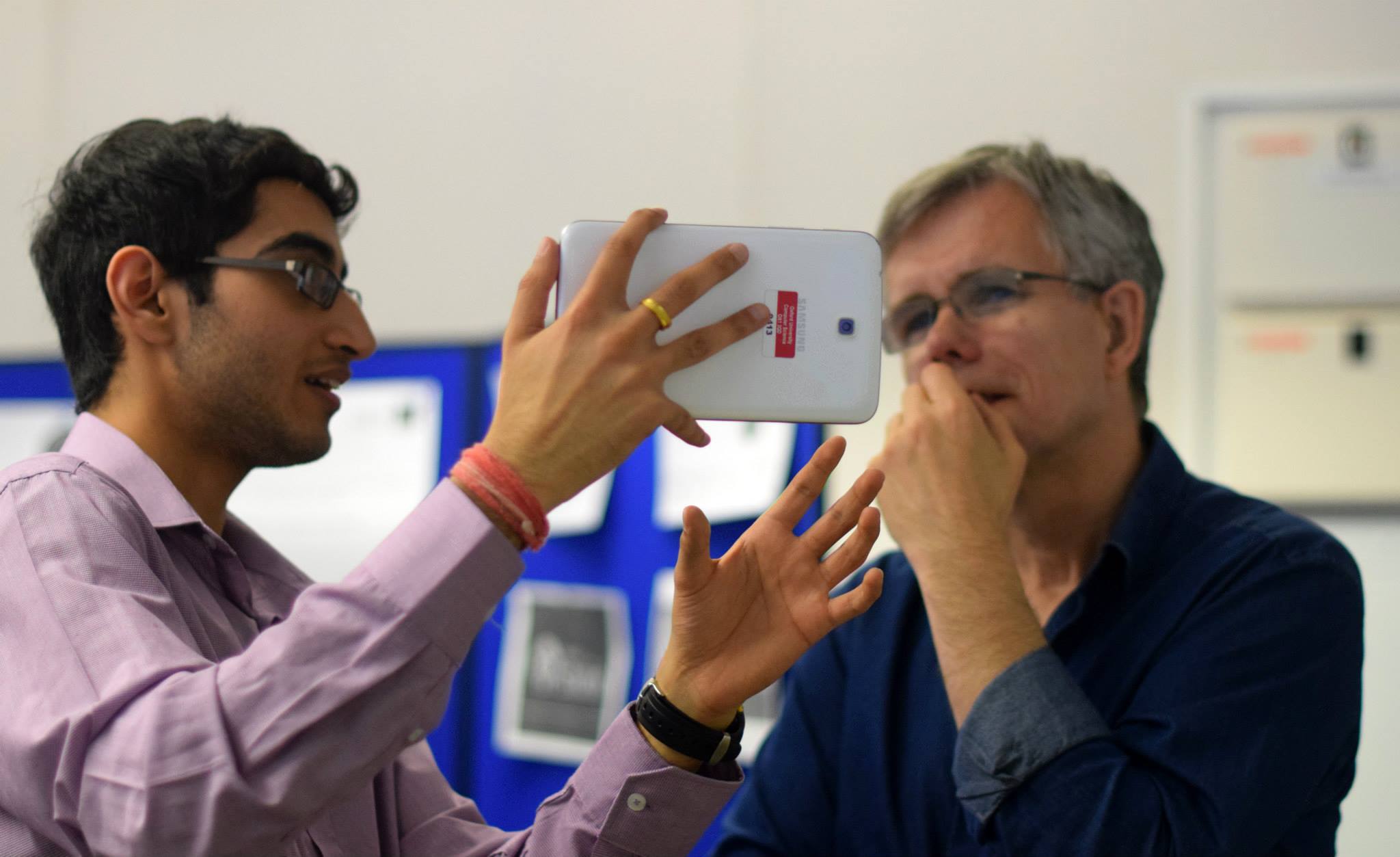