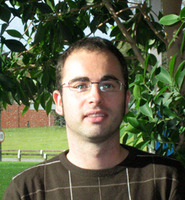 In September 2016 I moved to Oslo to work as a researcher in the Logic and Intelligent Data (LogID) group led by Prof. Arild Waaler.

I joined the Temporal Knowledge Bases Group (TKBG) at University Jaume I of Castellón (Spain) as a PhD Student in 2005. In 2006 I was funded by a prestigious 4-years doctoral fellowship from the Valencian government and coinciding with the end of the funding (June, 2010), I got the doctor degree with honors in Computer Science from the University Jaume I under the supervision of Dr. Rafael Berlanga Llavori (University Jaume I of Castellon) and Dr. Bernardo Cuenca Grau (University of Oxford). The Jaume I University awarded a Premio extraordinario de doctorado (roughly translated as a Extraordinary Doctoral Award) to my doctoral thesis (Engineering category 2010-2011).

My research has covered several areas, including bio-medical information processing and integration, ontology/thesaurus reuse, ontology versioning, ontology/thesaurus mapping, and application of thesaurus to text mining tasks. I have also designed novel algorithmic techniques and developed java-based tools to serve as a proof of concept of the conducted theoretical research. Furthermore, I have visited several leading institutions in the UK, including the Text Mining Group at the European Bio-informatics Institute in Cambridge, where I worked for 3 months under the supervision of Dr. Dietrich Rebholz-Schuhmann and Dr. Antonio Jimeno-Yepes; the Information Management Group at University of Manchester, where I worked for 3 months under the supervision of Prof. Ulrike Sattler and Dr. Bernardo Cuenca Grau; and the Oxford University Computing Laboratory (now Department of Computer Science), where I completed two visits of 7 and 3 months respectively, under the supervision of Prof. Ian Horrocks and Dr. Bernardo Cuenca-Grau.

In January 2011, I joined the Information Systems group led by Prof. Georg Gottlob and Prof. Ian Horrocks as a Research Assistant to work in the EPSRC project LogMap. Later in 2012 I worked as a researcher in the FP7 IP project Optique.

In December 2013 I joined the Wolfson College as a Research Member of the Common Room.

In May 2015 Alessandro Solimando, a PhD student from the University of Genoa I was co-supervising together with Prof. Giovana Guerrini, defended his thesis on "Change Management in the Traditional and Semantic Web"