About the Department of Computer Science 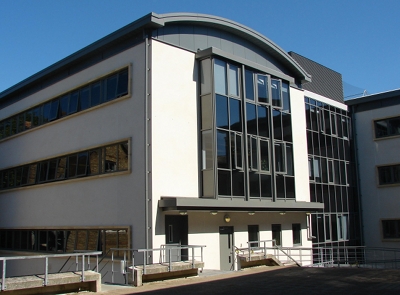 The Department of Computer Science, University of Oxford has one of the longest-established Computer Science departments in the country. Formerly known as the Oxford University Computing Laboratory, it is home to a community of world-class research and teaching. Research activities encompass core Computer Science, as well as computational biology, quantum computing, computational linguistics, information systems, software verification and software engineering. The department is home to undergraduates, full-time and part-time Master's students, and has a strong doctoral programme.

Oxford University Computing Laboratory was set up in 1957 under the direction of Leslie Fox. Within a short time from its foundation it was providing undergraduate lectures in the Faculty of Mathematics, training a number of research students, and running a mainframe computer which provided a computing service to the University generally. During this initial period the research efforts of the Laboratory were directed almost entirely towards numerical analysis and led to the establishment of the Numerical Analysis Group.

The seeds of a radical shift of emphasis and broadening of scope were sown in 1965, with the foundation within the Laboratory of the Programming Research Group (PRG) under the leadership of Christopher Strachey. The Computing Service split off from the Laboratory in 1977. For the next several years the Programming Research Group and Numerical Analysis Group pursued their own individual research and teaching initiatives with little day-to-day contact, partly because until 1984 they were in separate rather isolated buildings.

However, since that time, from the rapid development in the number of staff and the range of their interests, and the steady improvement in the accommodation, has emerged a major department with a clear identity and common objectives. Christopher Strachey was succeeded by Tony Hoare from 1977 until 1999, and by Samson Abramsky since 2000. Leslie Fox was succeeded by Bill Morton from 1984 until 1997 and by Nick Trefethen since 1997. Joseph Goguen filled a new chair from 1988, and was succeeded by Richard Brent from 1998 until 2005, and by Georg Gottlob since 2006. Further chairs are now held by Stephen Pulman who joined the department in 1996, and Marta Kwiatkowska and Ian Horrocks who arrived in 2007. Between 1993 and his retirement in 1999, Hoare's Chair was supported by a generous benefaction from James Martin, who subsequently has been a major benefactor of the University through the Oxford Martin School.

The initial accommodation at Keble Road consisted of the converted Victorian houses comprising Nos 8-11, which were rapidly outgrown. In 1986 it was decided to seek permission and funding, through the University's Campaign for Oxford, for a major extension to the rear of the Keble Road houses. The planning, funding and construction of the new Wolfson Building gave the Laboratory a great sense of achievement; and its occupation since the summer of 1993 provided us with purpose-built accommodation capable of bringing all the staff together and meeting most of our needs. However, further expansion of the department has led to a further extension, with a new eScience Building, which provides additional space for the Computing Laboratory, and also houses the Oxford e-Research Centre. In 2009 The Numerical Analysis Group moved to the Maths Institute.

This name change is simply to help the world at large understand our role as the University's department of computer science. I am excited that it gives us the opportunity to reach out more easily and tell everyone what we are doing in both teaching and research.   When the Computing Laboratory was founded in 1957 it literally was somewhere where the University's scientists came to try things out on this new sort of machine. However we have long since become a large academic department doing world–leading research in many areas related to computing. Bill Roscoe, 1st June 2011

The Department now has responsibility within the University for all academic aspects of computing; for teaching, basic research and collaboration with other departments and with industry on applied research. Its research attempts both to solve problems by the use of computers and to address problems in the design and programming of computing systems themselves. In both areas it couples rigorous theory with industrial application, with each acting as a strong stimulus to the other, and this is reflected in the teaching.

The Department continues to grow. As of 2016 there are approximately 200 Undergraduate students. We offer a full-time taught postgraduate course: the MSc in Computer Science (just over 50 students). Additionally, roughly 15 students per year take an MSc in Mathematics and the Foundations of Computer Science (which is administered by the Maths Institute). Around 330 students attend one of the two part-time postgraduate programmes for professionals: the MSc in Software Engineering and the MSc in Software and Systems Security. The Department's doctoral programme has over 130 research students and is also home to around 70 academic staff and 140 research staff.

Professor Michael Wooldridge, Professor of Computer Science and Senior Research Fellow at Hertford College, took over from Bill Roscoe as Head of Department from 1 October 2014. Mike remained in post until September 2021, with the exception of a sabbatical year (September 2018 to 30 September 2019) when Professor Peter Jeavons of St Anne's College held the position.

In October 2021 Professor Leslie Ann Goldberg became Head of Department. Leslie is also the head of the Algorithms and Complexity Theory Research Theme and is a Senior Research Fellow at St Edmund Hall. She is the first woman to serve as our Head of Department. Bill and Mike remain with the Department. 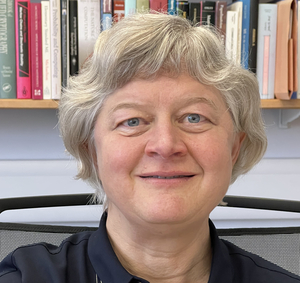