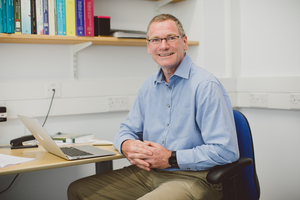 My research interests include

I am from Germany and took my first degree (Dipl. Math.) in Mathematics and the final academic examination for teachers (1. Staatsex.) in Mathematics and Physics at Freiburg i. Br., Germany. I switched to Computer Science and did my doctorate (Dr. rer. nat.) at Siegen, Germany in 1996 under the supervision of Prof. Dr. Dieter Spreen. I came to Oxford in 1997 for an EPSRC funded research project on Game Semantics, and I have been a Departmental Lecturer at the Department of Computer Science since 2000.