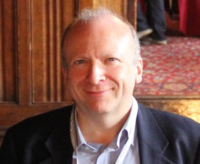 Samson Abramsky is Christopher Strachey Professor of Computing and a Fellow of Wolfson College, Oxford University. Previously he held chairs at the Imperial College of Science, Technology and Medicine, and at the University of Edinburgh.