Artificial intelligence (AI) systems that can reason about and query large amounts of knowledge provide basic building blocks of many advanced data management applications. Three professors from the department have launched a spin-out, Oxford Semantic Technologies, with the aim of applying this technology to data integration and analysis.

Logic-based knowledge representation is a branch of AI that has an array of potential applications, from the oil to the healthcare industries. At its core are a set of technologies for querying large amounts of data while taking into account background domain knowledge. These technologies provide the basis for the start¬up called Oxford Semantic Technologies founded by Professors Ian Horrocks, Bernardo Cuenca Grau and Boris Motik around a year ago. The spin-out is the culmination of a journey which began in 2009 with a piece of consultancy work that sowed the seed in Boris's mind to then pursue academic research in the area.

The consultancy work was for a Spanish travel start-up, ExperienceOn. The company wanted to revolutionise the way customers searched for travel industry information, and Boris advised them how to set up a logic-based knowledge system. It works by capturing background knowledge about a domain, and then inferring information implicit in the data and background knowledge.

'Consider, for example, if a customer wanted to search for accommodation at Easter near the Coliseum in Rome,' explains Boris. 'The system needs to know facts about where the Coliseum is, what the dates for Easter are, and where Rome is. For the system to be able to handle this, information has to be put in, stating for example that hotels and bed and breakfasts are sorts of accommodation, and a query on that has to be applied.'

Unlike other prominent branches of AI such as machine learning, this approach is deductive in that reasoning is performed using logical axioms - statements that explicitly describe what is true in an application domain. With advice from Boris's group, ExperienceOn built an ontology (description of tourism domains, covering items such as accommodation and Spain) using the OWL ontology language and the Resource Description Framework (RDF) to describe their data.

The travel consultancy work gave Boris the idea to embark on a five-year research project called MaSI3 - a Massively Scalable Intelligent Information Infrastructure, which tackled the problem of scale in the sort of system used by ExperienceOn.

By developing scalable reasoning and query-answering techniques, the group developed an intelligent information system called RDFox, which was optimised for modern computers. It could be used, for example, by oil producers analysing streaming and sensor data to diagnose faults and prevent failures.

The potential of RDFox was demonstrated in a proof of concept pilot with Kaiser Permanente, an American healthcare provider that wished to show it met a set of federal quality measures. The project demonstrated that ontologies and RDF provide a flexible formal language that can capture criteria naturally and precisely, and that systems such as RDFox can apply criteria to healthcare records and analyse the data.

The pilot revealed high potential for industry uses, and, to ease the relationship with customers, the professors set up Oxford Semantic Technologies. 'I think it would be very difficult to run a spin-out and conduct research by yourself,' said Boris. 'The collaboration between the three of us made it so much easier. Everyone brings different strengths. The infrastructure offered by Oxford University Innovation was very useful too.'

One year on and Oxford Semantic Technologies has already built real systems for real customers using RDFox and is conducting sophisticated analysis of data for them. Meanwhile, Boris is also continuing with research on MaSI3, which has received an ESPRC three-year fellowship extension grant called AnaLOG. The project's aim is to develop extensions of ontology languages that can make systems such as RDFox applicable to complex data analysis tasks. The consultancy and research complement each other, he believes.

'I like seeing the theory being brought into practice,' says Boris. 'It's good to put the components together, make a system, and see it working. I can then bring problems from industry back into my research and translate them into a scientific problem.' 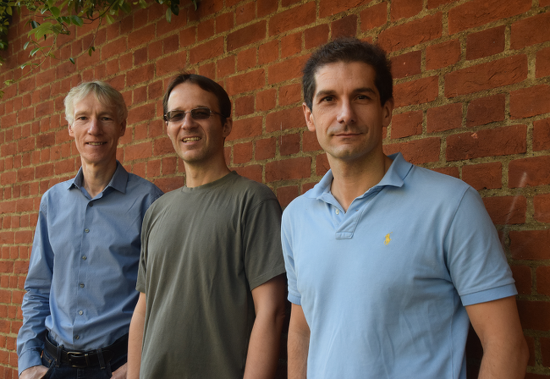