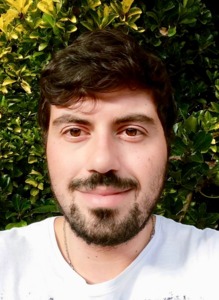 My main research interests are focused on human cardiac modelling and drug cardiotoxicity, one of the main issues during drug development as it prevents the commercialisation of new drugs. Human-based integrated information embedded in the modern computational models helps in the translation from animal to human models, since increasing evidence suggests that animal models may have limited ability to predict in vivo effects in human, due to significant species differences between humans, dogs, guinea pigs, and rabbits. Also, biologically variability could heavily affect the outcome of drug trials and needs to be taken into account through innovative computational approaches as the Population of Models, which allows to go beyond the more classical average models. Therefore, my research aims to develop new multi-scale computational tools to asses and quantify the pro-arrhythmic risk of new compounds in human cardiomyocytes, accounting for biological variability.

I am a 3rd year DPhil (PhD) student in Computational Biology and Health Informatics, at the Department of Computer Science, under the supervision of Professor Blanca Rodriguez, who leads the Computational Cardiovascular Science Team in Oxford. I received my Master’s Degree in Bioengineering in July 2016 at the University of Bologna, and I started my DPhil in October 2016. During my DPhil, I’ve developed, under the supervision of Dr Elisa Passini, a new computational model of the electrophysiological properties of human cardiac Purkinje cells, to investigate the specific role of cardiac Purkinje cells in arrhythmogenesis. The model, based on new experimental AP current clamp records on undiseased human Purkinje cells, describes through a set of algebraic and differentials equations the ionic dynamics across the cellular membrane of Na+, K+ and Ca2+. From this baseline model, I designed a population of human Purkinje AP models to run in silico drug trials of more than 80 compounds, accounting also for biological variability, which might affect the outcome of the drug tested. The Population of models showed good predictive ability of adverse outcomes. The aim of my research is to develop an experimentally-informed computational framework to investigate the role of human Purkinje cells in arrhythmia mechanisms, considering different substrates, e.g. myocardial infarction and/or drug-induced effects. Multiscale simulations were used to examine how drug-induced electrical abnormalities in a single human PC can affect the electrical activity at the whole heart level.