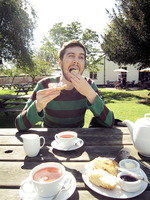 Daniel has previously been a departmental demonstrator for the Functional Programming course and is currently a teaching assistant for the Software Engineering Programme, assisting on the Object Orientation, Object-Oriented Programming and Design Patterns courses.