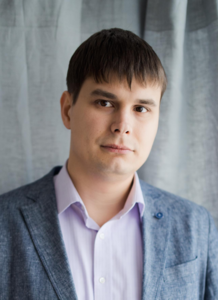 Evgeny's work has led to more than 70 publications including top tier conferences and journals such as TODS, PVLDB, JCSS, JWS, JSW, IJCAI, AAAI, CIKM, and ISWC. His work on semantic equipment diagnostics won the best in-use paper award at ISWC'17, on industrial model management was a runner-up at ISWC'16, and on semantic access to Siemens turbine data won the best demo at ISWC'15.

Evgeny played a leading role in Oxford's participation in a large scale EU funded Optique project on end-user oriented access to industrial Big Data. He was one of the co-authors and a research co-investigator of the EPSRC grant on data analytics (\pounds 866,527). He is the PI on several projects including an industry-funded with Siemens (\pounds 200,000) on semantic diagnostics of complex industrial production systems and on analytics and model management.