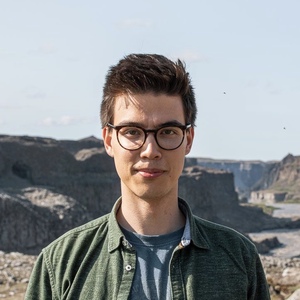 My main research interests are quantum information theory and foundations. In particular, I am interested in how quantum phenomena which have a bearing on our fundamental understanding of nature, such as quantum superpositions of processes and indefinite causal structures, may be harnessed in quantum information processing and quantum communication. My current research topics include quantum communication through a superposition of alternative trajectories and at a superposition of alternative times, which enables noise reduction in quantum communication channels, resource theories of communication, including with indefinite causal order, and constructing an extended framework for describing quantum processes: routed quantum circuits. Previously during my undergraduate and master's studies, I have worked on design principles for quantum coherent transport in photosynthetic systems, as well as quantum neural networks.

I did my undergraduate and master's MSci studies in physics at Imperial College London (2014-18), with one year on ERASMUS at the University of Freiburg (2016-17). My specialisation was in theoretical physics and my master's thesis was completed in the Quantum Optics and Statistics Group, University of Freiburg, under Prof Dr Andreas Buchleitner, titled 'Efficient quantum transport in disordered networks with vibrations'. In 2016, I completed a summer research internship at the London Institute for Mathematical Sciences and Imperial College London under Dr Oscar Dahlsten and Prof Myungshik Kim on a quantum generalisation of feedforward neural networks.