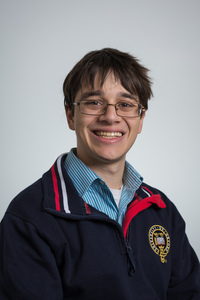 My DPhil research focuses on satellite systems security with a particular interest in satellite broadband communications, space situational awareness data, and satellite hardware security. Generally, this has been in the form of applied research, rather than theoretical analysis, and much of my work has been around demonstrating and remediating insecurities in satellite mission design.

Beyond satellite systems research, I come from an interdisciplinary international relations, policy, and computer science background and am interested in the intersection between these topics. Most recently, I have conducted some research on the social engineering threat posed by GDPR Right of Access requests which was presented in a Blackhat USA 2019 briefing. I have also dabbled in telecommunications policy research, with a particular focus on securing the US PSTN from emergent threats and supporting next-generation telephone communications infrastructure.

James is currently a DPhil student at Oxford courtesy of a Rhodes Scholarship (Georgia and Wolfson 2017). Prior to joining the Cybersecurity CDT at Oxford, he majored in Science, Technology and International Affairs (STIA) at Georgetown University in Washington, DC where he graduated with the School of Foreign Service Dean's Medal (highest cumulative GPA) in 2017.

He has held numerous internships and professional positions related to information security. This included acting as Director of Information Security for Students of Georgetown Incorporated (The Corp), a student-run non-profit with more than 300 employees and $5 million in annual revenues. He has also assisted with computer crimes investigations as an intern with the United States Postal Service Office of the Inspector General, worked on embedded systems reverse-engineering as an intern at Booz Allen Hamilton, and supported the Public Buildings Service in building management systems audits while working for Telos Corporation.