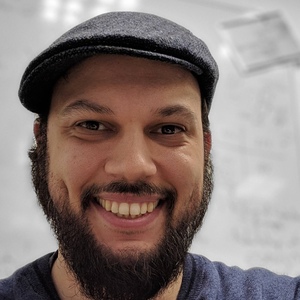 Jassim Happa is a Visiting Lecturer in the Dept. of Computer Science at the University of Oxford. His research interests include: Computer Graphics, Cyber Security, Human Factors, Human Visual Perception, Resilience, Rendering, Virtual Archaeology and Visualization. He obtained his BSc (Hons) in Computing Science at the University of East Anglia in 2006. After a year of working as an Intrusion Detection System (IDS) analyst, he began his PhD in Engineering at the University of Warwick in October 2007 where he developed a number of novel computer graphics techniques to document and reconstruct real-world heritage sites based on empirical evidence available today. He defended his PhD in January 2012, and has since December 2011 worked at Oxford. In more recent years he has spent his research efforts on cybersecurity analytics through visualization, covering topics such as threat modelling, situational awareness, risk propagation, resilience, decision support, privacy as well as cyber threat intelligence sharing. In his research projects he has been responsible for creating, implementing and assessing novel visualization techniques. Teaching wise, he tutors and lectures the Computer Graphics and Physically-based Rendering courses. He also lectures doctoral students for the Centre for Doctoral Training (CDT) in Cyber Security in topics such as situational awareness, intrusion detection and security architecture. Dr Happa moved to the Information Security Group, Royal Holloway, University of London in September 2019, and has since kept a visiting academic status in Computer Science at Oxford.