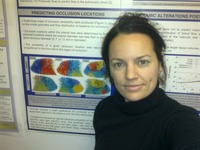 Since 2001, I have been involved in biomedical engineering research centred around creating patient-based computational models of the respiratory system. My initial work focussed on developing models of the pulmonary circulation and these models have been applied to investigate perfusion distribution and gas exchange during pulmonary embolism and to understand the limitations in magnetic resonance imaging (MRI) of pulmonary perfusion. More recently my research has turned towards simulation of aspects of ventilation and forced expiration with particular application to understanding links between structure-function changes in the obstructive lung diseases of asthma and chronic obstructive pulmonary disease (COPD).My ongoing research goal is to develop efficient novel computational tools - combining mathematical and computational techniques with experimental, imaging and clinical studies - to provide an increased understanding of the pathophysiological mechanisms occurring in obstructive lung and pulmonary vascular diseases. My passion is for the application and translation of computational and image processing techniques to the clinical environment.

I obtained an undergraduate degree in Chemical and Materials Engineering (with first class honours) at the University of Auckland, New Zealand. I continued with a PhD in Biomedical Engineering at the Auckland Bioengineering Institute, graduating in 2005. My thesis was on developing a mathematical model of the human pulmonary circulation, supervised by Professor Merryn Tawhai (still a close collaborator) and Professor Peter Hunter. I was awarded a 3 year post-doctoral fellowship, funded through the EPSRC at the Life Sciences Interface, where I was based here in the Oxford Computational Biology Group and subsequently was lead PI in Oxford on two large European grants (AirPROM and Synergy-COPD). I am currently based at the University of Auckland as a visiting acedemic.