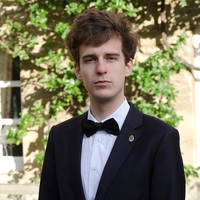 I am mainly interested in the notion of complementarity in Quantum Theory. At the beginning doctoral studies I described various Quantum key distribution protocols using methods of higher category theory and also, worked on the less known Mean King's problem. Currently my interests shifted more towards Higher Category Theory, specifically exploring the structure of higher 'semistrict' categories. The concept behind these categories is to maintain equivalence to a general weak n-category while at the same time being 'as strict as possible'. I indend to submit my thesis in the fall of 2016.