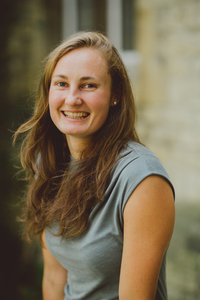 I work with Jamie Vicary and Samson Abramsky on structural aspects of Quantum Mechanics and Quantum Computation.

I am interested in the use of (higher) category theory and its diagrammatic language to describe the structure of quantum algorithms in an intuitive way.

Together with Jamie Vicary and with Chris Heunen, I have been looking at the 2-category of algebras, bimodules and bimodule homomorphisms to model the interaction between quantum and classical information in algorithms http://arxiv.org/abs/1405.1463.

At the moment, I am working with Mike Shulman on a method to construct the locally cubical bicategory of symmetric monoidal bicategories, pseudofunctors and higher cells in a functorial way.

Contextuality in Quantum Mechanics is the phenomenon that measurement outcomes do not only depend on the object that is being measured, but also on the specific measurement setup, the 'context' of the measurement.
Here, I explain contextuality and it's consequences for the existence of reality in layman's  terms.

In the paper Almost Equivalent Paradigms of Contextuality, I exhibit the connection between the sheaf-theoretic approach to contextuality by Abramsky and Brandenburger and the equivalence-based approach by Spekkens. Combining the two approaches leads to an algorithmic method to detect contextuality for models with preparations and sharp measurements. It is a step towards a unified theory of contextuality.

My current work is on the role of contextuality in quantum algorithms. Specifically, how it can give an advantage over classical computation.

I regularly introduce the general audience to the magical world of quantum computing through public talks:

- The Hay Festival of Literature & Arts in Hay-on-Wye, Powys, Wales.
- Outreach events of the University of Oxford, including the annual Women in Computer Science Day
- The IT Services open day for Oxford IT Staff in the Blavatnik School of Government

Here you can view my talk at the Hay Festival 2017

MSc. Mathematics and the Foundations of Computer Science at the University of Oxford.
Main focus: Category theory, quantum computing and algebraic topology.
My MSc. thesis was on categorical models for quantum mechanics: http://www.cs.ox.ac.uk/people/bob.coecke/Linde_thesis.pdf