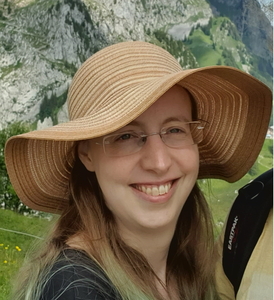 During my DPhil here at Oxford I studied monads and monad compositions. While there is a lot of research on monad compositions that work, I decided to instead study when and why they might fail. Using the connection between monads and universal algebra, I focussed on the following questions:

The monads I studied during my DPhil are mostly monads on the category Set of sets and functions. I intend to broaden the scope of my theories to other cateogories in a future project.

From Oct 2015 to Sept 2020, I have been the TA for the following subjects in the Software Engineering Programme:

Sadly Brexit has now made it impossible for me to continue assisting with these courses, while living abroad.

I studied Physics and Mathematics at Radboud University in Nijmegen, The Netherlands, and received a BSc. in both topics. I then studied at the University of Amsterdam, where I completed the Master of Logic. Here at Oxford I studied for my DPhil in Computer Science, while being a TA several courses of the Software Engineering Programme. I passed my viva on the 18th of December, 2020.