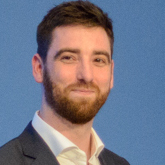 I am interested in the mechanisms underlying cardiac (cellular) electrophysiology and how the interaction of dynamic processes at different scales (gene, ion channel, cell, tissue) gives rise to organised behaviour at the level of the heart. I believe that combining computational modelling with novel experiments is the best way forward, and will lead to improved diagnosis and treatment of genetic and acquired arrhythmias. Now that the degree of variability in cardiac physiology is becoming ever clearer, I want to know how to measure it, what methods are needed to analyse such variable data, and how to incorporate it into models and simulations.

My main project in Oxford is the Cardiac Electrophysiology Web Lab, a tool that takes annotated CellML models and simulation protocols as input, and then produces graphs showing the results for each experiment on every suitable model. Results are stored and publicly visible, so that users can easily browse and compare different models of the cardiac action potential. Starting from an existing prototype, we are extending the Web Lab to incorporate experimental data and variability-aware inference methods that will let users refit (parts of) models to novel data sets. Because all data, models, simulation specifications, and results are public, we hope this will set a new standard for reproducibility and openness in systems physiology, as well as being a useful tool to investigate variability.

In addition, I continue to develop and maintain the the modelling tool Myokit and occasionally contribute to CellML development.

I received a BSc in Knowledge Engineering in 2009 and an MSc in Artificial Intelligence in 2011 at Maastricht University, where I stayed until April 2017 when I defended my PhD thesis Multi-Scale Modeling and Variability in Cardiac Cellular Electrophysiology.

Since May 2017 I've been a post-doctoral researcher in the computational biology group in Oxford, where I'm working on the Cardiac Electrophysiology Web Lab and related projects such as PINTS to make cardiac electrophysiology modelling more reproducible - and easier too, where possible.