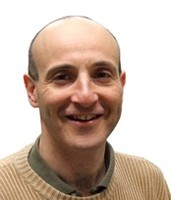 Vicente Grau is a University Lecturer in Medical Image Analysis at the Institute of Biomedical Engineering (IBME), Department of Engineering Science, and a Tutorial Fellow at Mansfield College.He also holds an Academic Link post at the Oxford e-Research Centre. Vicente’s main research interest is the development of novel biomedical image analysis algorithms, in particular through the combination with computational models. He is currently focused on applications in cardiovascular and pulmonary medicine, and in the analysis of biological images. More information can he found here.

Vicente Grau received his undergraduate degree in Electrical Engineering from the Universidad Politecnica de Valencia, Spain, in 1994, and his PhD in Medical Image Analysis in 2001. After spending two years as a postdoc at Brigham and Women’s Hospital, Harvard University and the ONH Biomechanics Lab at LSU Health Sciences Center in New Orleans, he joined the Medical Vision Laboratory in Oxford. He became an RCUK Academic Fellow in 2007, and a University Lecturer in 2012