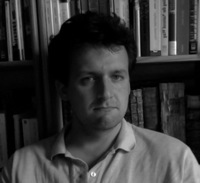 I am a Franco-American computer scientist, working as a research assistant on EPSRC Project EP/I03808X/1 entitled A Unified Model of Compositional and Distributional Semantics: Theory and Applications. I am also lecturing at Hertford College to students taking Oxford's new computer science and philosophy course. From October 2013, I will also be a Fulford Junior Research Fellow at Somerville College.

I am working on the relation between logic, inference, and compositional distributional semantics (cf. this paper and this paper, which received the best long paper award at *SEM 2013). I am also interested in linking tensor-based models of semantics with deep learning.

I recently completed work with Mehrnoosh Sadrzadeh and Chris Heunen as an editor on the production of a book entitled Quantum physics and linguistics: a compositional, diagrammatic discourse, first published by Oxford University Press in February 2013.

In addition to my research, I am keenly interested in helping with the outreach activities of the department and University, and regularly participate in open days and school events promoting interest in Computer Science and CompPhil, state school accessibility to Oxford, and encouraging young women to consider science at university.