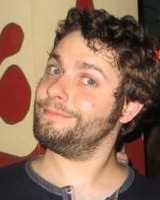 I am a postdoctoral research assistant in the group of Jonathan Barrett. I am broadly interested in the intersection between the foundations of quantum mechanics and quantum information and how questions in the former can be posed in the language of the latter. In particular, I am interested in the novel features of quantum computing, quantum non-locality and device-independent quantum information processing and the overlap between all of these subjects. These are some of the areas in which I am working or have worked:

I did my undergraduate degree in Physics at Imperial College London with my Masters Project being in Linear Optical Quantum Computing supervised by Terry Rudolph. Staying in London, I moved to UCL to do my PhD with Dan Browne where I worked on the connections between quantum non-locality and Measurement-based Quantum Computing. After being in the Oxford Quantum Group for 9 months in 2012 I moved to ICFO-Institute of Photonic Sciences in Barcelona, Catalonia, Spain where I worked in the quantum information group of Antonio Acín. Whilst at ICFO I worked on Device-Independent Quantum Information, especially the characterisation of quantum non-local correlations and randomness certification. After two years in Barcelona, I am now working in Jonathan Barrett's group in the Quantum Group where I will be working on Generalised Probabilistic Theories which is a framework that permits generalisations of quantum and classical physics.