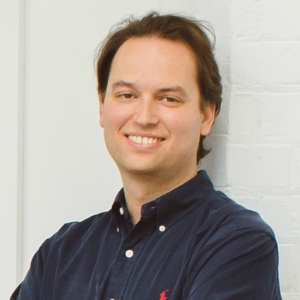 Most of my research interests are in the area of cyber-physical system security and network security. Some of my concrete research topics include authentication and intrusion detection using physical-layer information, RF reactive jamming (such as Wireless Firewalls), traffic analysis, and the analysis of trade-offs between system/network security and performance. In this respect, I work with various technologies, such as software-defined radios (SDRs), wireless sensors, and NFC/RFIDs. As another incarnation of cyber-physical security, I'm also intrested in behavioural biometrics and their applications, such as continuous authentication using physiological signals captured by, e.g., eye-tracking and EEG devices. Previously, I also worked on other non-functional aspects of distributed systems like network performance (network calculus), resource management, and decentralized coordination in wireless networks.

As part of our research we are a founding member of OpenSky: OpenSky is a participatory sensor network which aims at collecting real-world air transportation communication data, such as ADS-B/Mode-S at large scale (covering over 720,000 km² in Europe). It offers insights into the ADS-B communication channel, characterising typical reception quality and loss patterns in the real world. It is intended to serve researchers from different areas as a solid basis for realistic evaluations and simulations.

March 2018: We are proud to have a paper accepted at IEEE Symposium on Security and Privacy (IEEE S&P) 2018. IEEE S&P (aka Oakland) is one of the most prestigious computer security conferences and has been particularly selective this year, with an acceptance rate of 11.5%.

Our paper 'When Your Fitness Tracker Betrays You: Quantifying the Predictability of Biometric Features Across Contexts' shows how vulnerable different biometrics are against cross-context attacks. The idea of such an attack lies in an imposter collecting biometric data outside the authentication context (e.g. by compromising a fitness tracker or other non-security device) to impersonate the legitimate user. The paper has been co-authored by Oxford's Simon Eberz, Giulio Lovisotto, Andrea Patane, Marta Kwiatkowska and Ivan Martinovic from Oxford and Vincent Lenders from armasuisse. The paper is available online (open access): https://csdl.computer.org/csdl/proceedings/sp/2018/4353/00/435301a853.pdf

The biometric dataset for the paper has been collected with the approval of the Oxford University Central Research Ethics Committee and is available online: https://ora.ox.ac.uk/objects/uuid:0175c157-2c9b-47d0-aa77-febaf07fca71

Ivan is a Professor at the Department of Computer Science, University of Oxford. Before coming to Oxford he was a postdoctoral researcher at the Security Research Lab, UC Berkeley and at the Secure Computing and Networking Centre, UC Irvine. From 2009 until 2011 he enjoyed a Carl-Zeiss Foundation Fellowship and he was an associate lecturer at TU Kaiserslautern, Germany.  He obtained his PhD from TU Kaiserslautern under supervision of Prof. Jens B. Schmitt and MSc from TU Darmstadt, Germany.