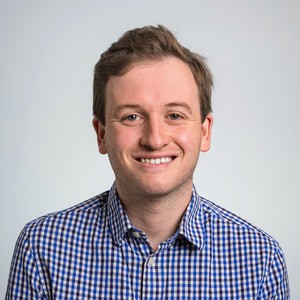 Meredydd submitted his PhD thesis within three years in August 2018. He then passed his PhD viva with minor corrections in December 2018. Since September 2018, he has worked as a technology/security consultant. However, he continues to publish academic research alongside his full-time employment.

Meredydd conducts research for a PhD in Cyber Security at Oxford University. He focuses specifically on privacy, behaviour change and Internet-of-Things devices. In 2015, he completed his Centre for Doctoral Training (CDT) year in which he studied the area through a multidisciplinary approach. These modules specialised in security architectures, ethics, data analysis, human factors, criminology, digital forensics and international relations. He received a 79% average across the topics, being ranked second-highest in his 15-person cohort. Since then he has been researching privacy and the IoT, having over 10 papers published at reputable journals/conferences. He is also a reviewer for the Journal of Information Security and Applications and the Security and Communication Networks journal.

He has been the lead Teaching Assistant for the Computer Security and Advanced Security practicals. The former specialised in linear and differential cryptanalysis, while the latter concerned steganography and homomorphic encryption. In addition to this, he tutored the Computer Security Major Tutorial for the Worcester College Visiting Student Programme. He is also a departmental Student Ambassador, a Computer Science author for the Oxplore initiative, and a representative on the Equality and Diversity Committee (EDC). Alongside his research, he is a member of Wolfson College, the Oxford Union, the Oxford International Relations Society and Cymdeithas Dafydd ap Gwilym (Oxford Welsh Society).

Prior to joining Oxford, Meredydd attended Cambridge University (Christ's College) and completed an MPhil with Distinction in Advanced Computer Science. He specialised in security for his Master's thesis, researching Denial-of-Service attacks with Dr Robert N M Watson. Meredydd achieved a 76% average at Cambridge and published an assignment in a peer-reviewed venue.

He received his First-Class BEng (Hons) in Software Engineering from Aberystwyth University (Wales). His dissertation also pursued a security theme, as he developed a cryptographic application alongside Prof Reyer Zwiggelaar. He was awarded Aberystwyth's Evan Morgan Scholarship on admittance (2008), and received their Best Computer Science Graduate award on completion (2012).

Meredydd attended high school in rural Wales and achieved AAAB in his A-Levels (including Maths and English). At GCSE, he received 7 A*s and 3 As.

Outside of academia, he has had full-time roles at Goldman Sachs and GlaxoSmithKline (GSK).

You can find his full CV at the following link.