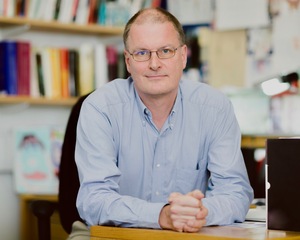 My main research interests are in the use of formal techniques of one kind or another for reasoning about multiagent systems. I am particularly interested in the computational aspects of rational action in systems composed of multiple self-interested computational systems. My current research is at the intersection of logic, computational complexity, and game theory.

I have published more than four hundred articles in the theory and practice of autonomous agents and multiagent systems, including nine books (see also my Google Scholar profile).

Thank you for showing an interest in my work.

In 2020, I was awarded the Lovelace Medal from the British Computer Society; in 2006, I was the recipient of the ACM Autonomous Agents Research Award; in 2021 I received the AAAI/EAAI Outstanding Educator Award; and in 2021 I received a Turing AI World Leading Researcher Fellowship from UKRI.

In 1997, I founded AgentLink, the EC-funded European Network of Excellence in the area of agent-based computing. In October 2011, I was awarded a 5-year ERC Advanced Grant, entitled "Reasoning About Computational Economies" (RACE).

I have written two popular science introductions to AI: the Ladybird Expert Guide to Artificial Intelligence, a short overview in the iconic British book series, and The Road to Conscious Machines, a longer introduction to AI in Penguin's classic Pelican series; an edited and revised version of The Road to Conscious Machines was published in the USA by Flatiron Press under the title A Brief History of AI. Both books are aimed a general audience.