When our students move on to employment, they take up a range of interesting posts in industry and research. Read profiles of some of our alumnae below.

Jolie studied Mathematics and Computation as an undergraduate (1999-2002) at the Oxford University Computer Laboratory (the department's former name). This was followed by a DPhil in Computer Science under the supervision of Professor Luke Ong (2002-2006). Jolie left Oxford to join the world of quantitative finance. After experimenting with a few different roles at both banks and hedge funds, she finally found her niche in systematic trading. She has been running systematic trading strategies that trade a wide variety of financial instruments including commodities, currencies, bonds and global equity indices. Her work combines developing mathematical models to forecast security prices and the risks involved, but it also involves coding up the systems and infrastructure to generate the trades and execute these trades electronically. Read the full interview with Jolie from the Department newsletter Inspired Research (p. 13). 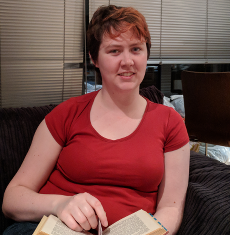 I studied Computer Science at Oriel College from 2010 to 2014. I came to Oxford straight out of secondary school; I'd been studying Maths, Further Maths, Physics and Latin for A Level, at Dr Challoner's High School in South Buckinghamshire. I'd originally thought about doing a Maths degree, but while I was looking into universities, I heard a couple of talks about Computer Science, and that seemed much more my kind of thing - still maths-y, but a bit more applied. It turned out to be a good choice, and I thoroughly enjoyed the course, particularly the balance of theoretical classwork and more hands-on problem-solving in lab sessions.

Since graduating, I have been working as a software engineer for a small bespoke software consultancy in London. This has been interesting work, as the nature of consultancy means that I have been able to work on a variety of projects and systems. My time at Oxford has been helpful both directly, through the application of concepts from the lecture courses such as security principles and object-oriented design patterns, and indirectly, as tutorial sessions gave me a lot of practise in articulating questions and explanations, which is an important skill in software development.

I would advise students considering their careers to keep an eye out for the variety of opportunities available to Computer Science graduates – there are a lot of possibilities out there. 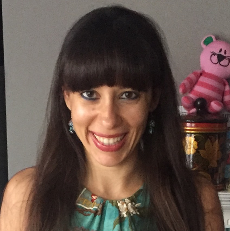 I arrived in Oxford in 2008 after studying Electrical and Computer Engineering in Athens. I completed an MSc in the Department of Computer Science, where I delved into a wide range of exciting subjects, from Computational Linguistics and Quantum Computer Science to Dynamic Epistemic Logic.

That year was one of the most intense and enjoyable of my life, but way too short, so I was thrilled when I received an offer to pursue a DPhil in the same department with generous EPSRC support. I had always been fascinated by logic and also had a strong interest in its practical applications, so Prof. Ian Horrocks' Knowledge Representation and Reasoning group was the perfect match for me. The group gave me a precious opportunity to work along world-leading researchers and learn from the best.

After defending my DPhil thesis in 2013 and spending a summer interning in Cisco, Ι joined Yahoo as a developer working with backend Hadoop technologies. Following a one-year stint there, I joined Facebook's vibrant London office as a software engineer. During my first year at Facebook, I was part of the Entities team, where I contributed to building and understanding the graph of things that people are interested in and connected to.

Since then, I have been part of Facebook's Account Integrity team, where my job is to protect billions of people from online abuse, a role which I find tremendously rewarding. As a software engineer leading large scope efforts, I feel empowered by the skill set acquired during my doctoral studies. I am comfortable working on risky research projects, clearly communicating technical content and confidently asking the right questions.

The advice I would give to students considering their next career choice is to follow their passion, never stop learning new things and always seek opportunities that are fulfilling to them. 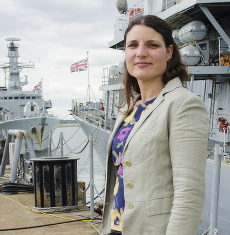 I studied an undergraduate degree in Engineering & Computer Science between 1996 - 2000.

I originally applied to study Engineering Science and in my first year that is what I studied. Sadly in that time I discovered that no matter how hard I tried I could not understand Mechanics. My tutor suggested that I dropped the Mechanics part of the course and as I was good at Maths and logic I took up Computer Science instead. I had never programmed a computer before, and did not know much about the course, but I was willing to give it a go. It is a decision I have never regretted!

My project, (which was related to 3G Mobile Phones) and the open way the course was taught. It was taught very well, and I am very proud to have been awarded a First class degree, one of only two that year in Engineering & Computer Science.

I joined the Royal Navy. They had sponsored me through university, so once I graduated I joined properly and served for a further seven years.

The course taught me how to think, and how to approach problems logically. I learnt the principles of programming and Computer Science, which meant that I could interpret what may be going wrong when I was working as a Test & Trials Engineer. I can also now understand how algorithms are constructed and a system architecture when it is being described by my software engineers.

Read the full interview with Amelia from the Department newsletter Inspired Research (p. 14). 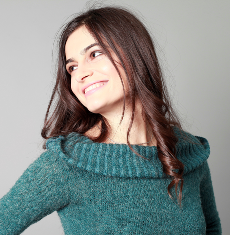 After my DPhil, I continued as a postdoctoral researcher at the Alan Turing Institute and the University of Oxford. I chose this path so that I could finalise research projects started during my PhD. Moreover I wanted to define my next research directions such as looking at NLP and the deep learning field. From April 2018, I will start as a research scientist in Bloomberg in the artificial intelligence team.

I chose Oxford for my DPhil because I wanted to experience conducting research at a high level. The fact that you start to create new research in your field is just amazing. You start your PhD reading papers with so much uncertainty, and by the end you develop a critical eye on the research methods and develop the courage to break the barriers of your own field. Of course you get to travel and share your knowledge, and you network with fascinating people, including in your college where others may be studying the lives of lamas or digging in some remote islands. There are many opportunities for training, such as building businesses or presentations skills.

I would advise current students to find what they like and apply to it. Find people that have the job you want to have and find out how they got there. Find out what skills you need, how you can get them, and plan your steps.

I have always applied to many calls for applications, which has led me to get scholarships and fellowships that gave me lots of freedom. I learnt from every rejection too, as feedback let me know what to improve. No rejection letter appears in your CV.