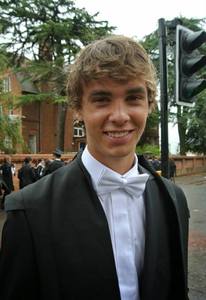 My research interests involve the application of general, abstract mathematical methods to the theory of quantum computation, with a specific orientation towards algebraic topology and category theory. In particular, I am currently studying non-locality and contextuality by adopting the sheaf-theoretic framework developed by Abramsky and Brandenburger, with the intention of fully characterise the topological properties of these key features of quantum mechanics. I have recently been working on methods to detect contextuality in no-signaling empirical models based on sheaf cohomology and All vs Nothing arguments.

I wrote my Masters dissertation Detecting Contextuality: Sheaf Cohomology and All vs Nothing Arguments under the supervision of Samson Abramsky. I obtained a distinction and I was awarded the MFoCs certificate of excellence for the best overall performance in the MFoCS.

Participant of the Logical Structures and Computation research program at the Simons Institute for the Theory of Computing, UC Berkeley (see my personal page).

Quantum group, supervised by Samson Abramsky and funded by EPSRC and the Oxford-Google DeepMind Graduate Scholarship.