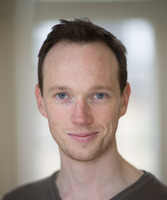 I am currently based at Sorbonne Université, Paris. This page is no longer maintained. Please follow this link for my up-to-date webpage.

Broadly, my research interests are in applying structural and logical methods from mathematics and theoretical computer science to physics, and beyond.

Much of my research focuses on the foundations of quantum theory, in particular non-locality and contextuality, which lie at the root of many of the conceptual difficulties with quantum theory, as well as the utilisable advantages of systems that behave according to the theory. I am concerned with developing mathematical formalisms for treating these phenomena, with the aim of achieving a deeper, more structural understanding, which is underpinned by robust and elegant mathematical theory. This includes work with several collaborators, including Samson Abramsky and Rui Soares Barbosa.

More recently, as part of my work on the Oxford Martin Programme on Bio-inspired Quantum Technologies, I have also been considering the application of such methods to the study of bio-inspired and bio-mimetic quantum systems.

I completed my DPhil in Computer Science at the University of Oxford in 2013 with Samson Abramsky and Bob Coecke with a thesis entitled 'The Mathematical Structure of Non-locality and Contextuality'. I also hold an MASt in Applied Mathematics and Theoretical Physics (Part III Mathematics) from the University of Cambridge; an MSc in Physics (numerical relativity), supervised by Niall Ó Murchadha; and a BSc (joint honours) in Physics & Mathematics; both from University College Cork. I was awarded a National University of Ireland Travelling Studentship in 2010.