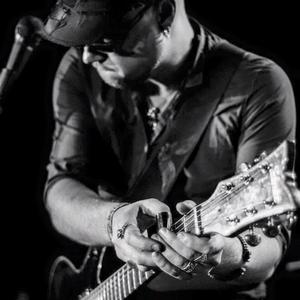 I was Professor of Quantum Foundations, Logics and Structures 2011-2021, Lecturer of Quantum Computer Science 2007-2011, EPSRC Advenced Research Fellow 2004-2009, Postdoc 2001-2003, and created and headed the Quantum Group, here at the Department of Computer Science.  My main affiliation is now Quantinuum, where I am Chief Scientist and lead the Oxford-based Quantum-Compositional Intelligence team.  I also am a Distinguished Visiting Research Chair at the Perimeter Institute for Theoretical Physics.

I am still active at the University of Oxford, mainly teaching, supervising and mentoring, here at the Department of Computer Science and also at the Mathematical Institute.  At Wolfson College, where I am Emeritus Fellow, I lead the Quantum Foundations Research Cluster.  At Oxford's Department of Computer Science, I subversively obtained the 1st ever large EU grant in 2006, ignoring an embargo by the head administrator, paving the way for many others to obtain EU grants, and I also take pride in taking the lead in some more necessary rebelions.

I am Chief Scientist at Quantinuum, head Quantinuum's Oxford-based Quantum NLP & Compositional Intelligence sub-team, Distinguished Visiting Research Chair at the Perimeter Institute for Theoretical Physics, Emeritus Fellow at Wolfson College Oxford, and Visiting Fellow at the Computer Science Department and the Mathematical Institute of Oxford University. Previously I was Professor of Quantum Foundations, Logics and Structures at the Department of Computer Science at Oxford University, where I was 20 years, and co-founded and led a multi-disciplinary Quantum Group that grew to 50 members and I supervised close to 70 PhD students.  I am still supervising, at Oxford and elsewhere, and also still teach at Oxford's Mathematical Institute. I pioneered Categorical Quantum Mechanics (now in AMS's MSC2020 classification), ZX-calculus, DisCoCat natural language meaning, mathematical foundations for resource theories, Quantum Natural Language Processing, and DisCoCirc natural language meaning.   I co-authored Picturing Quantum Processes, with Aleks Kissinger, a book providing a fully diagrammatic treatment of quantum theory and its applications. I co-authored Quantum in Pictures, with Stefano Gogioso, which does the same, but now accessible to people with no maths background.  I co-authored some 200 research papers. I obtained approx. 35 grants, including from NFWO, EPSRC, Leverhulme, EU, ONR, AFOSR, FQXi, JTF.  I still hold grants with the latter two.  I am a founding father of the QPL (Quantum Physics and Logic) and ACT (Applied Category Theory) communities, of the diamond-open-access journal Compositionality, and Cambridge University Press' Applied Category Theory book series. I was the first person to have Quantum Foundations as part of his academic title. My work has been headlined by various media outlets, including Forbes, New Scientist, PhysicsWorld, ComputerWeekly.