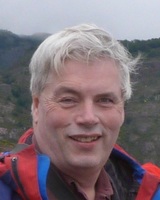 In the past I've also worked on general topology, digital topology and hardware verification, but these are not current areas.

I enjoy collaborating with industry, particularly users of my own research.

In January 2017 I took partial retirement from Oxford, and as of 1 August 2020 am a 40% employee of Oxford. I set up Chieftin Lab in Shenzhen, China and latterly the University College Oxford Blockchain Research Centre.    These are associated with the UK company The Blockhouse Technology zLtd (TBTL.) I work on areas such as blockchain, fintech, regtech (the automation of laws and regulations) and post-quantum security at these.   I am dedicated to creating distributed trust without the disaster that is Proof of Work or anything else that wastes resources.

i lead the Digital Civilisation initiative in collaboration with colleagues in Hainan, China and elsewhere, seeking to create a sciety with minimal boundaries and universal standards.

Cocotec was spun out of Oxford by Philippa Hopcroft, Tom Gibson-Robinson, Guy Broadfoot and me in 2018.  The four of us had ideas about technology for developing verified event-based software using a new model based technology.  We obtained funding for these ideasas hrough EPSRC and the Aerospace Technology Institute  in partnership with Innovate UK.  The verification engine  behind  the  resulting  Coco  System  is  based  on  ideas  and  theory related  to  CSP  and  FDR.  It  is  based  on  a remarkably effective compositional verification technique that allows it to create and verify event-based software systems with hundreds of thousands of lines of code.  Cocotec is now led full time by Tom and Philippa in Guildford.

Inspired by my ideas on contextual and multi-channel authentication, Chris Autry set up Iothic, a company with a radical new architecture fot IoT security.

Published in October 2010 by Springer, this book provides an up-to-date introduction to CSP, its theory and applications, including the use of CSP to give semantics for, and generate tools for, other models of concurrent systems.

Bill Roscoe (Andrew William, hence A.W. Roscoe on papers) was born and brought up in Dundee, Scotland. He read Mathematics at University College, Oxford (Univ) 1975-78, obtaining the top mark for his year in the university. Together with another Univ student, Steve Brookes (now at CMU), he joined the Computing Laboratory (PRG) as a research student in 1978, and their DPhil work with Tony Hoare was on the mathematical foundations and models of his Communicating Sequential Processes (CSP) process algebra. Almost all Bill's subsequent research has either been based on CSP or has been a spin-off from it (examples of the latter being Hardware Verification and Computer Security). He was a Junior Research Fellow of St Edmund Hall 1980-3 and a Royal Society Research Fellow 1982-3. He became a College Lecturer at Univ in 1979 and a Tutorial Fellow there in 1983, when he was also appointed a University Lecturer in Computer Science at Oxford. He was given the title of Professor in 1997. In 2007 his job title was changed to "Research Professor" and he became a Senior Research Fellow at Univ. In 1993-7 he was Senior Tutor of Univ, in 1998-2000 he was the last ever Chairman of the Mathematical Sciences Faculty Board, and was Head of the Department of Computer Science (formerly called Director of the Computing Labratory) 2003-8 and 2009-14.

In January 2017 I took partial retirement from Oxford and now work part time there, and part time in other roles.